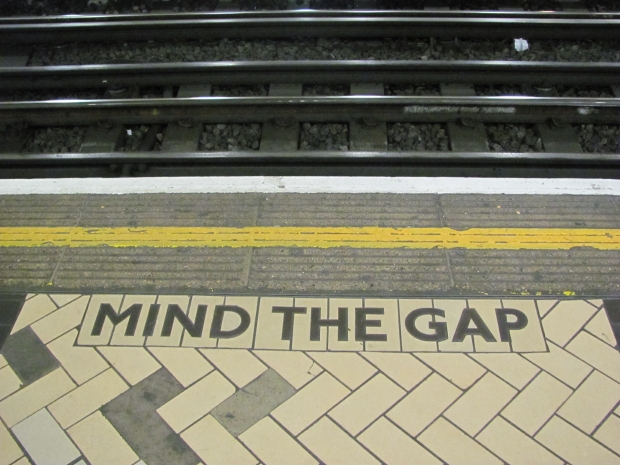 Mind the Gap in expectations

The launch of Apple Pay in the UK has been a complete disaster, the software does not work, the system charges you double, and some leading banks do not support it yet.

HSBC was named and shamed for not having the service ready and had hate mail from fanboys as a result. For those who came in late HSBC has won awards for the security on its bank accounts but for some reason it has been slow in allowing Apple pay into its systems.

HSBC was originally listed as one of Apple's banking partners at launch, but has since said its account holders won't be able to use Apple Pay until later in July, now confirmed as July 28. The delays frustrated Apple fanboys who flooded twitter to vent their spleen.

However it turns out that HSBC's delays might have saved its customers from losing a pile of dosh.

Transport for London has warned tube, train and bus passengers paying with Apple Pay on iPhones and Apple Watches not to let their batteries run flat or they could get stuck at gates and face penalty fares.

Apple Pay only works if a device has power. It warns that, if the battery runs out in the middle of a journey, a user will not be able to tap out, which means they could be charged a maximum fare.

It also warns that receiving a call while attempting to touch into or out of the gates will also cause issues, and that users with multiple cards on their account must remember to use the same one or potentially be charged twice.

Early adopters have also complained about the speed of Apple Pay compared to Oyster or contactless. Difficulties using Touch ID to authenticate payments combined with the speed at which a payment is recognised have been causing problems for some.

In short Apple did not figure all this out before launch and priming its Tame Apple Press to sing its glory. However the BBC could not even get it buy a cup of coffee.  The Beeb put it down to teething troubles, but given the system has been running in the US for a while you wouldn't expect to see so many problems like this.

Brandwatch, a company which calls itself an "enterprise social intelligence platform", and which monitors social networks to find out how twitterers feel about things.

The company compiled a list of 26,000 online mentions of the Apple Watch UK launch, and so assembled an unwilling focus group of 15,789 people.

It is fairly clear that people are struggling with the technology. Brandwatch found that ten per cent of posts are about how to get it to work, with Brandwatch saying that:

"Apple Pay is positioned as being the fastest and easiest way to pay [but] if you think there's a 50 per cent chance it could fail, you'll just reach for your credit card instead."

Apple Pay is not getting much traction in the US, where the big retailers are thinking of coming up with their own ideas.  Rival payment services are now starting to look rather more useful.

Last modified on 20 July 2015
Rate this item
(8 votes)
Tagged under
More in this category: « Huawei makes a bomb Apple adverts show it has lost its way »
back to top