Samsung S6 Edge is a bastard to fix 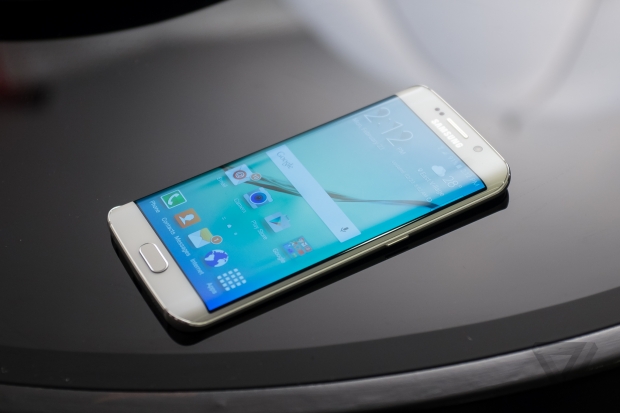 Fixing Samsung's S6 Edge will be a total nightmare—particularly if you need to replace the battery.

iFixit pulled apart the Galaxy S6 Edge revealing that while it is not as bad as the HTC One M9, it will be a repairman's nightmare.

The team gave it a reparability score of just three out of 10 which was lower than the five out of 10 scored by last year's Galaxy S5.

The Edge scored a point higher than HTC's One M9, which iFixit criticised for glued-down parts and "relaxed quality standards".

Part of the problem was that Samsung used a lot of glue and the rear panel is glued on "rock solid."

"With a lot of help from our iOpener friend, and gobs of patience, we edged our way around the perimeter. With the panel finally off, the adhesive peels off the glass nicely but leaves a sticky residue on the metal midframe," iFixit said.

More worrying was the fact that he S6 Edge's battery was "buried" behind the midframe and required a screwdriver and plastic opening tool to remove.

"In every previous Galaxy phone, including even the repair-challenged Galaxy S5 of last year, this is the part where we got to pop out the battery with a fingernail," iFixit said.

iFixit thought that Samsung was getting a little too close to Apple which famously forebade its fanboys from changing their batteries first.

The different was that Apple provided handy pull tabs which means that the adhesive needs to be picked away one strip at a time.

iFixit also took the opportunity to moan about the Galaxy S6 Edge's microUSB 2.0 port, which it said was a step backwards compared with the USB 3.0 port on the Galaxy S5, and noted that "replacing the glass without destroying the display is going to be very difficult".

However it did say that many components inside the S6 Edge are modular and easily replaceable and praising the handset's improved design compared with last year's model.