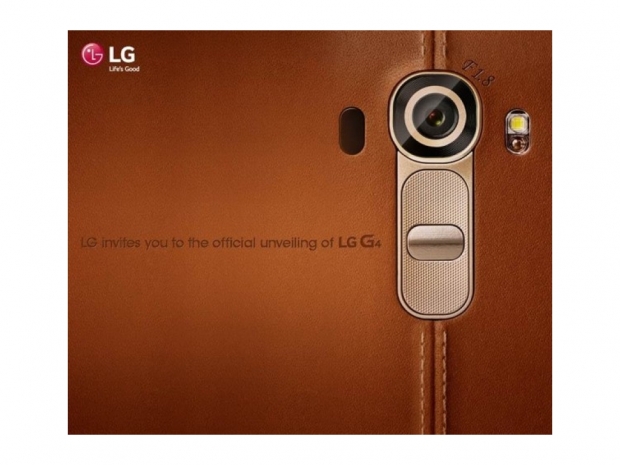 LG has already scheduled its flagship smartphone launch event for April 28th and the latest invite sheds more light on the new camera.

At an event, set to take place in both London and New York simultaneously on April 28th, LG is expected to launch its newest LG G4 flagship smartphone and the latest invite for the event revealed a few details regarding the rumored 16-megapixel rear camera.

The newest invite shows that LG G4 will indeed come with f/1.8 lens, which was already teased in a promotional video which you can see below, and which should allow the lens to get 11 percent more light when compared to an f/1.9 lens. The LG G4 camera will be backed by a dual-tone LED flash and a laser focus. The back of the LG G4 will also feature LG's recognizable volume and power buttons.

The invite also shows the previously rumored leather back but it is still not clear if this will be a special edition and if there will be any other materials for the back of the LG G4, but we are quite sure we will see more info on it soon.

LG has also announced that it will pick 4,000 lucky fans in 15 countries which will be able to try out the LG G4 smartphone weeks before an official launch and details will be announced via social media channels.

Earlier rumors suggest that LG G4 will be based on Qualcomm's Snapdragon 808 SoC (or Snapdragon 810, depending on the rumor) paired up with 3GB of RAM, 32GB of storage and a 5.5-inch QHD display.

Last modified on 08 April 2015
Rate this item
(1 Vote)
Tagged under
More in this category: « HTC One M9+ officialy unveiled in China Samsung expects a killing from Galaxy S »
back to top