Huawei Honor 6 Plus coming to Europe in May 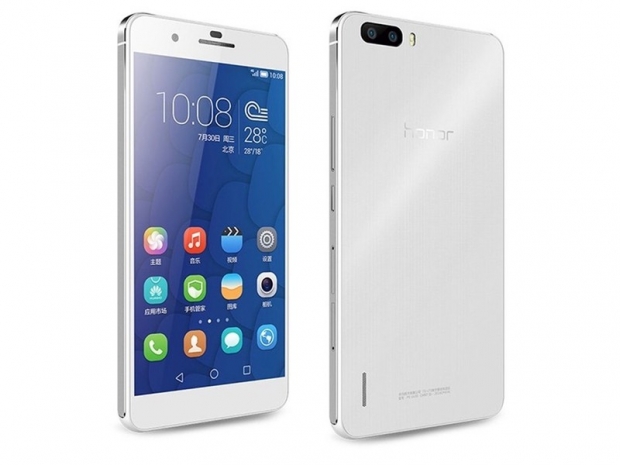 The Huawei Honor 6 Plus is coming to Euroland, and the oversized quasi flagship launches are relatively attractive price point.

In recent weeks the mobile segment was dominated by flagship launches and MWC coverage, so this particular device did not get a lot of coverage, because it has been around for a few months – but only in China.

The Honor 6 Plus is a 5.5-inch phablet with a 1080p IPS panel, protected by Gorilla Glass 3. It uses Huawei’s in-house Kirin 925 processor with four 1.8GHz Cortex-A15 cores and four 1.3GHz Cortex-A7 cores. The chip uses ARM Mali-T628 MP4 graphics and has 3GB or RAM to play around with. The phone ships with a generous 32GB of internal storage and a micro SD slot.

Since this is a phablet, it’s not exactly the lightest phone around, but at 165g it's not too heavy either. It measures 150x75x7.5mm, so it’s quite thin given the spec. Huawei also managed to stick a 3600mAh battery in the package, but it’s not user replaceable.

The Honor 6 Plus sports an 8-megapixel cam, but it gets a bit more interesting at the back. The phone has two 8-megapixel cameras, which can deliver some interesting depth of field effects, as well as other features offered by the dual camera approach.

European retailers are listing the phablet at €399, claiming they will have it in stock in the second half of May. This is not a bad off-contract price considering the spec. The spec might not be on a par with the latest flagships from HTC and Samsung, but we're still looking at a pretty powerful SoC, with loads of RAM and storage. If you don't want to pay a premium for the latest and greatest hardware, the Honor 6 looks like an interesting proposition.