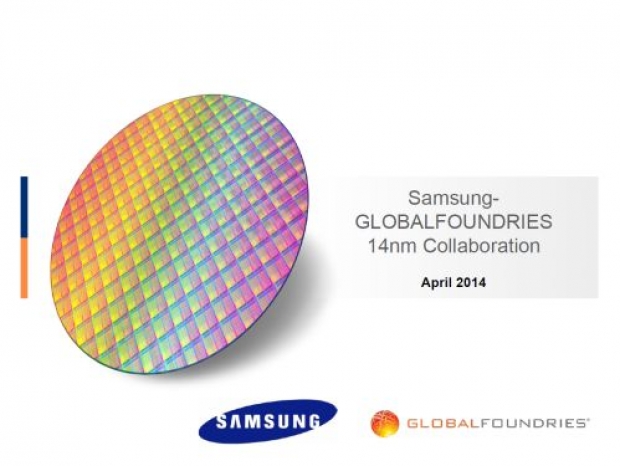 Recently Samsung announced that serial production of its new 14nm SoC has already commenced. The new part is going to end up in Samsung Galaxy S6 and a few other devices.

The rest of the market needs TSMC, GlobalFoundries and other foundries to handle manufacturing for their SoC/GPU/CPU designs. The fact that TSMC and GlobalFoundries could not get 20nm ready for more than two years really hampered innovation. Samsung had some of its own Exynox SoCs in 20nm, but this was far from being significant in the big scheme of things.

The transition from 28nm to 20nm manufacturing should result in a 20-percent performance increase and 35-percent less battery drain, but this process came very late. Transistors are simply smaller and need less power to work.

The GPU industry will skip 20nm simply as yields were horrible with high performance parts such as GPUs. Apple had better luck with 20nm A8 SoC that ended up performing well in tens of millions phones and tablets around the world, but only in very late 2014. The 20nm manufacturing process was supposed to happen at least a year earlier, but it got delayed due to yield-related problems.

The fact that Samsung goes 14nm before Apple and even before Intel in SoC phone space is a big statement. Samsung got good 14nm yields, as it is confident enough trusts it with its flagship Samsung Galaxy S6 phone. This means that it should be able to produce millions of Galaxy 6 phones based on 14nm Exynos 7420 SoC.

The 14nm process should boost performance and reduce power consumption, but since 20nm was almost nonexistent for Android phones in 2014, we will compare this process with 28nm SoCs like the Snapdragon 801.

Samsung’s 14nm SoC could end up close to 40 percent faster compared to 28nm SoCs and could enable battery life that is close to 50 percent better. This is a huge leap forward and currently Samsung will be the only beneficiary to this technology. The advantages are obvious - you don't need a 3000mAh battery on a flagship phone based on 14nm silicon, they can be lighter and thinner.

For years Samsung had the same hardware like all the rest of the high end market. Qualcomm was the king until 2015 with its high end SoCs. Samsung Galaxy 5, HTC One M8 and LG G3 all had Snapdragon 801 and there well little difference between the performance that could mostly be attributed to Android customisations like Samsung TouchWiz, HTC Sense or LG's own interface.

This time Samsung can have better SoC, while it remains to be seen if Samsung will use Apple’s approach and still decide to use Qualcomm's LTE external modem chip. Qualcomm, MediaTek and companies that became (were) irrelevant to phones like Nvidia and Intel should have their 14nm / 16nm SoCs in 2016.

This doesn’t mean that Apple and Samsung will get to 10nm next year, as this is simply not realistic, but 14nm might give Samsung an edge. We expect the first phone SoCs based on 10nm in 2017 at best. Samsung has to play the software card well, as TouchWiz was one of the big complaints for its phones.

The fact that LG wants to make its own SoC means that if you want to remain in the top league, you will have to make your own SoC like Apple, and Samsung. The question remains - does the investment in design and manufacturing of a SoC pay off? It is a huge risk for anyone, and getting well designed and safe chips from companies like Qualcomm definitely saves you a lot of money. Let’s see how good will Exynos 7420 really be against Snapdragon 810 – 20nm, and the rest of the competition.

Last modified on 23 February 2015
Rate this item
(15 votes)
Tagged under
More in this category: « Blackberry hits iPhone keyboard HTC One M9 leaked in Germany »
back to top