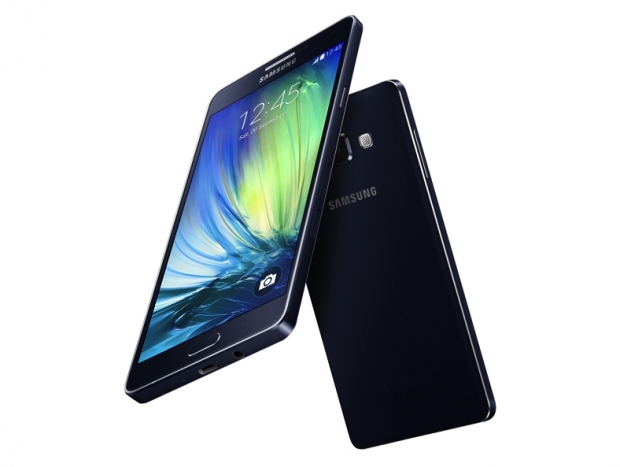 Samsung has now finally and officially unveiled its Galaxy A7 which comes with 6.3mm thick metal unibody and will be available in two different versions, with a 64-bit Qualcomm Snapdragon 615 SoC or a 32-bit Exynos 5430 SoC.

The precise dimensions of the Samsung Galaxy A7 are 151x76.2x6.3mm and it weighs 141g, which makes it the slimmest smartphone with a metal unibody. Beside its impressively thin metal unibody, the main feature of the Galaxy A7 smartphone, which is not that impressive, is its 5.5-inch Super AMOLED screen with 1280x720 resolution, which adds up to 267ppi of pixel density. 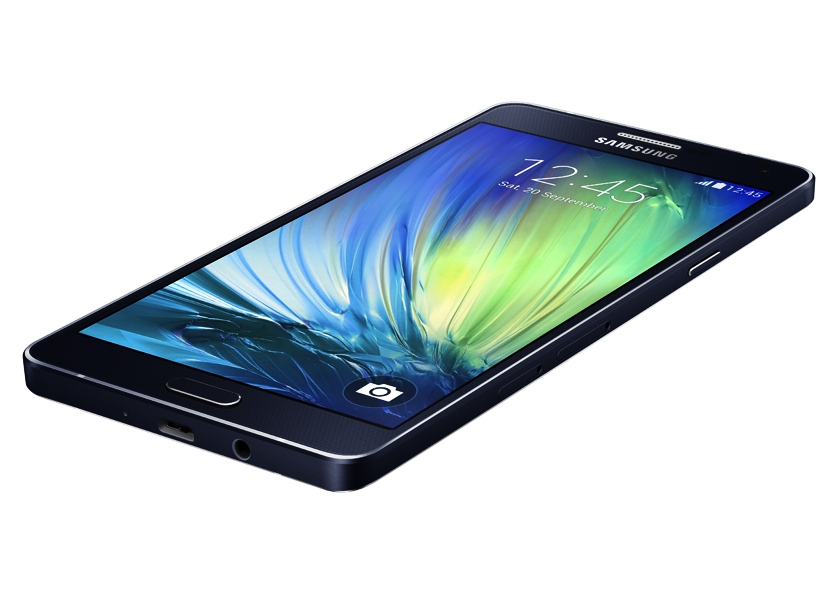 As noted, the metal Samsung Galaxy A7 will be available in two versions. The first one, and more interesting one, is based on Qualcomm's 64-bit octa-core Snapdragon 615 SoC with four 1.5GHz clocked Cortex-A53 and four 1.0GHz clocked Cortex-A53 CPU cores as well as Adreno 405 GPU. The second version is based on Samsung's own 32-bit Exynos 5430 SoC with four 1.8GHz Cortex-A15 and four 1.3GHz clocked Cortex-A7 CPU cores and Mali-T628 MP6 GPU. Both versions will have 2GB of RAM, 16GB of storage space expandable via microSD card slot, and have LTE connectivity.

The rest of the features include 13-megapixel rear camera with autofocus and LED flash, 5-megapixel front one, Android 4.4 KitKat OS with TouchWiz UI which will be upgradable to Android 5.0 Lollipop, 802.11abgn dual-band WiFi, Bluetooth 4.0, NFC, and all other standard connectivity, and a non-removable 2600mAh battery. 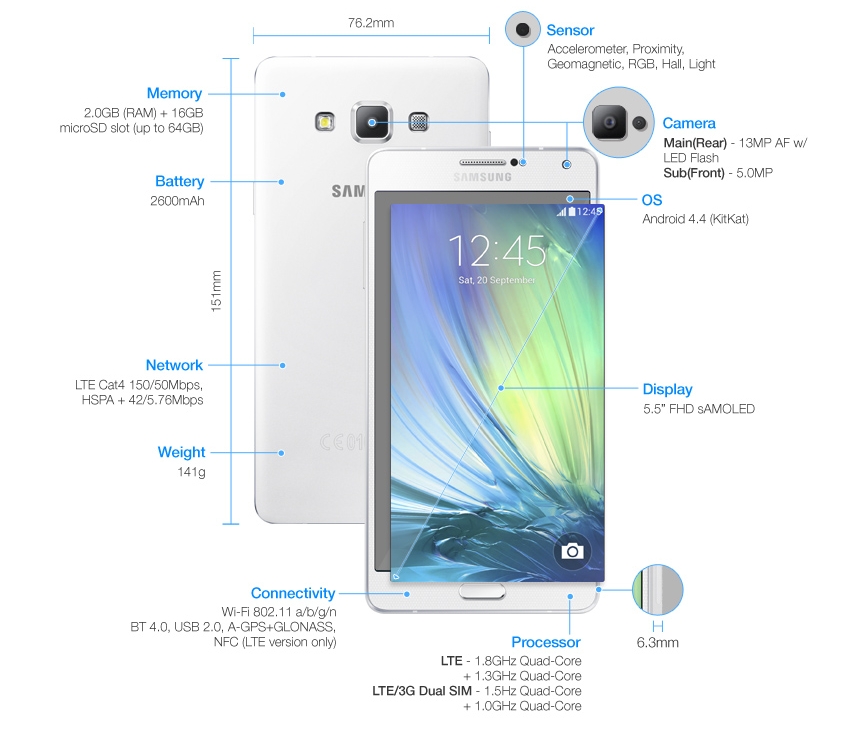 According to Samsung, the new Galaxy A7 should be available in dark blue, white and gold color choices and although it did not reveal any details regarding price, the company did note that it should be launched at a "competitive price point". 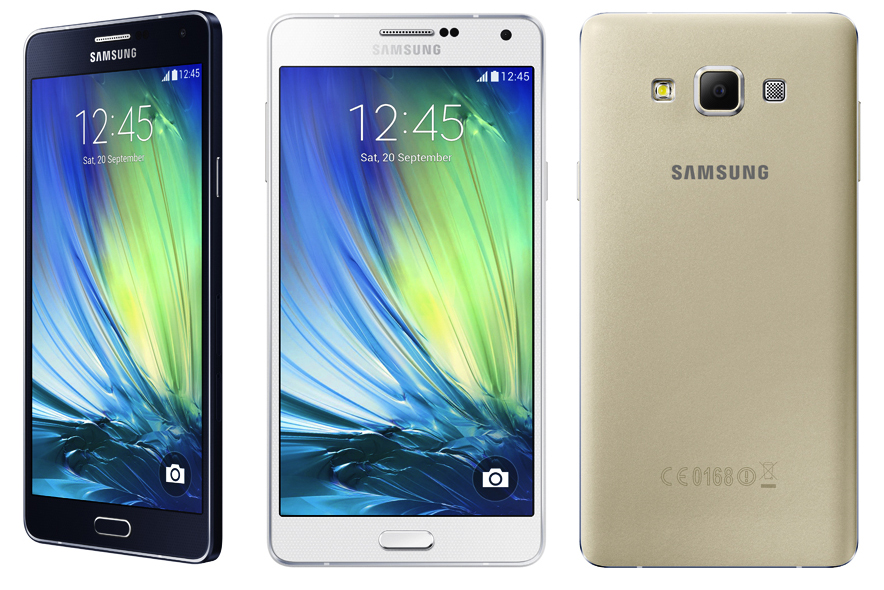