Nvidia Shield gets its torndown at iFixit

The brave guys from iFixit finally got their hands on Nvidia's Shield as well tearing it down to its bare components showing some interesting things including the unique cooling system, infamous Tegra 4 chip and hefty lithium-ion batteries, but they also gave it a pretty low repairability score.

In case you missed it earlier this week, Nvidia Tegra 4-based handheld Shield console is already out and have received mixed reviews, noting that, although the hardware side looks quite decent and PC streaming, which is still in beta, works like a charm, the actual console does not make much sense considering that it places high hopes on Android gaming, something that most people don't find that interesting, at least not yet.

The teardown at iFixit revealed a rather unique cooling system that draws air from the front of the device and exhaust in out the back and also showed a how that three-cell, 3.7 V, 7350 mAh, lithium-ion battery is actually placed inside the console itself.

The same batteries are theortically replacable and upgradable but they are permanantely attached to a PCB which is one of the reason why Shield actually got a six out of ten points on a repariability scale. The 720p screen is also another reason as it is proven to be quite hard to replace.

Those that did not pre-order the console before, can purchase it for US $300 as of yesterday.

You can check out the full teardown with high-resolution pictures over at iFixit.com. 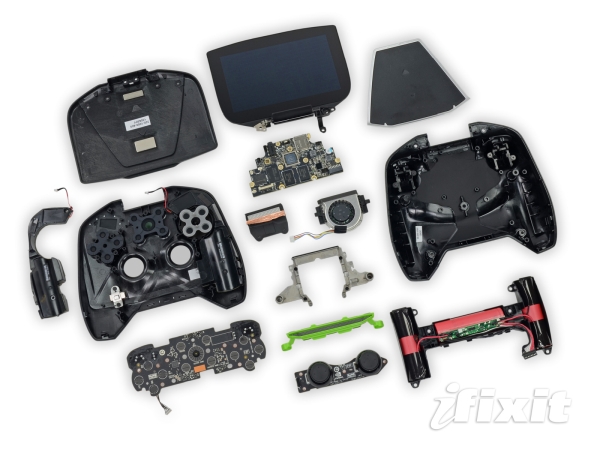 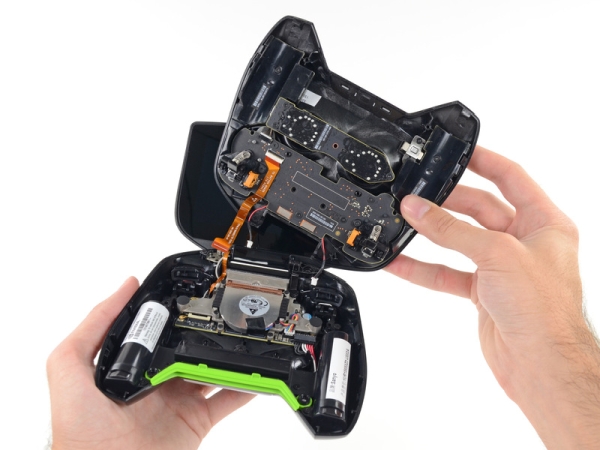