Moto X is out, but only in America

Nice, but quite pricey

Motorola’s first true Google phone is out and it is getting some very positive coverage, although it’s not all smooth sailing.

Based on a Snapdragon Pro chip with Motorola’s X8 customizations on top, the Moto X is decidedly a mid-range phone, but it still has some nifty features. For example, it packs a 10-megapixel camera with a relatively big sensor to help low-light performance, so it is on par with high-end handsets in the camera department.

It has a 4.7-inch screen, but it is a 720p unit, a far cry from 1080p panels used in current Android flagships. We won’t hold this against it, since going for higher resolutions on phone screens is practically a marketing gimmick. However, although it has a very spacious screen, it’s significantly smaller and lighter than flagship droids such as the HTC One and Galaxy S4. 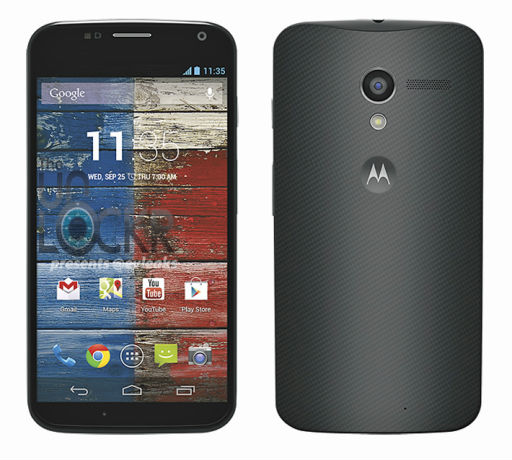 Now for the bad news. Europe isn’t getting it, at least not anytime soon. The Moto X will be reserved for the North American market and it will be available on a number of networks for $199. However, the full retail price is $575, which is way too high for a mid-range device. Motorola insists that specs don’t really matter, it’s all about optimizations and user experience, but it’s still a bitter pill to swallow.

A Google Play version with stock Android is on the way, too. The phone itself can be customized with tons of colour and trim options, which is pretty nice. The back Kevlar and should stand up to punishment quite well.

It looks like a very nice phone and we absolutely love the fact that Motorola managed to come up with something a relatively compact with a huge screen. It is definitely the way to go, as many consumers find the current generation of Android superphones too big and unwieldy.

We don’t like the price though. We were hoping for something in the Nexus 4 price range and even yesterday analysts were saying it would cost about $300. Sadly, we were all wrong.

Rate this item
(0 votes)
Tagged under
More in this category: « Nvidia Shield gets its torndown at iFixit Nvidia might be working on phablet or tablet »
back to top