Coming to Android 2.2 Froyo and above

As expected and rumored earlier, Google has announced a new update for Play Store, bringing a fresh new look to it. It also ditched thousands of terrible apps in the process.

There is not much to talk about the new Google Play Store as the main update is actually a refreshed user interface that aims to allow users to find content more easily. In order to do so, Google has decided to go for a simple and clean desing that focuses on bigger images, new recommendations and simplified purchasing thanks to a new checkout.

As noted over at an official Android blog, the redesigned Google Play store app will start rolling out today for Android smartphone and tablets runing Android 2.2 Froyo and above. It should appear on most smartphones and tablets around the world over the next few weeks. 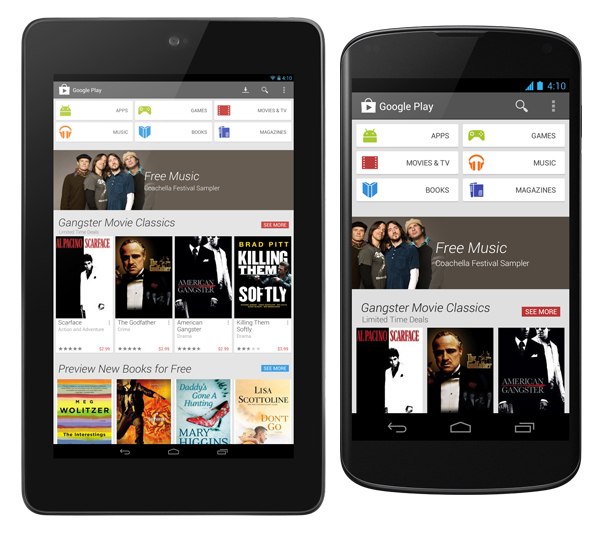 Last modified on 09 April 2013
Rate this item
(0 votes)
Tagged under
More in this category: « Unlocked HTC One hits Amazon for US $800 Asus Fonepad coming to UK on April 26 »
back to top