As we draw closer to the official Microsoft Windows Phone 8 launch date more and more devices are showing up and HTC will certainly be in the starting lineup. At its media event in New York, HTC has announced two smartphones that will be running on Windows Phone 8 OS, the flagship Windows Phone 8X and a rather mid-range Windows Phone 8S.

The Windows Phone 8X is not going to break any benchmark records and certainly does not have any impressive specifications, but these are apparently quite enough for Microsoft's Windows Phone 8 OS. It features a 4.3-inch 1280x720 (341ppi) touchscreen placed behind Gorilla Glass 2. The HTC Windows Phone 8X is powered by a Qualcomm S4 Plus (MSM8260A) 1.5GHz dual-core CPU, has 1GB of RAM memory, 16GB of storage, has an 8MP rear camera with BSI sensor and f/2.0 lens, 2.1MP front camera with an 88-degree wide lens, NFC chip, 802.11abgn WiFi (2.4 & 5GHz), Bluetooth 2.1, Beats Audio, uses microSIM, and has a 1800mAh battery. 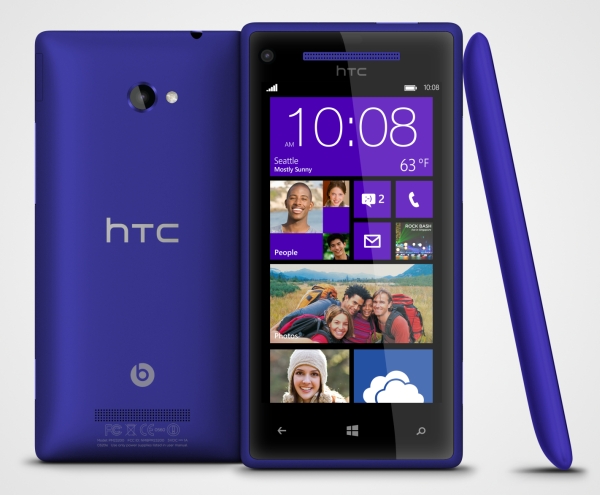 The precise dimensions are set at 132.35x66.2x10.12mm and it weighs 130 grams with battery. The design itself is rather strange or should we say too close to what we have seen on Nokia's recent smartphones and it will apparently be available in a couple of different color choices named as California Blue, Flame Red, Graphite Black and Limelight Yellow.

As noted, the HTC Windows Phone 8S is a rather mid-range smartphone and has a 4-inch 800x480 touchscreen with Gorilla Glass and is powered by Qualcomm's MSM8227 1GHz dual-core CPU. It also comes with 512MB of RAM memory, 4GB of storage space expandable via microSD card, 5MP f/2.8 rear camera with autofocus and LED flash capable of recording 720p video, 802.11bgn WiFi (2.4GHz) Bluetooth 2.1, Beats Audio and a 1700mAh battery. 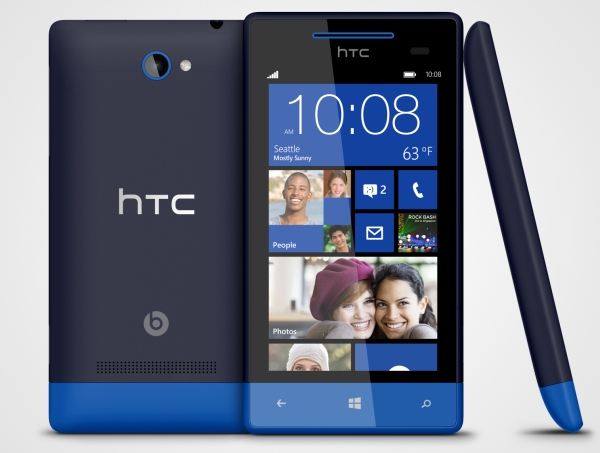 The precise dimensions of the HTC Windows Phone 8S are set at 120.5x63x10.28mm and it weighs 113 grams with battery. It resembles its bigger 8X sibling in terms of design and it will be available with the same choice of colors.