3.5-inch smartphone with ICS and Beats

The new Desire C features a 3.5-inch LCD 320x480 touchscreen, yet to be detailed Qualcomm CPU running at 600MHz, 512MB of RAM, 4GB of internal storage backed by a microSD card slot and 25GB of free Dropbox storage for 2 years, Beats audio, a 5 megapixel back snapper and a 1230mAh battery.

The best part of the deal is that it will actually feature Android 4.0 ICS backed by HTC Sense 4.0 out of the box, something that most previously released devices still can't brag about. Although briefly mentioned, it appears that the Desire C will also have a NFC-enabled version as well. The Desire C will be available in black, white and red colors.

Although the official price hasn't been announced, some early listings are putting it at around €200 while in UK it should set you back for £169.99 unless you want to sign a £15.50 per month 2-year contract plan at T-Mobile so you can have it for free. 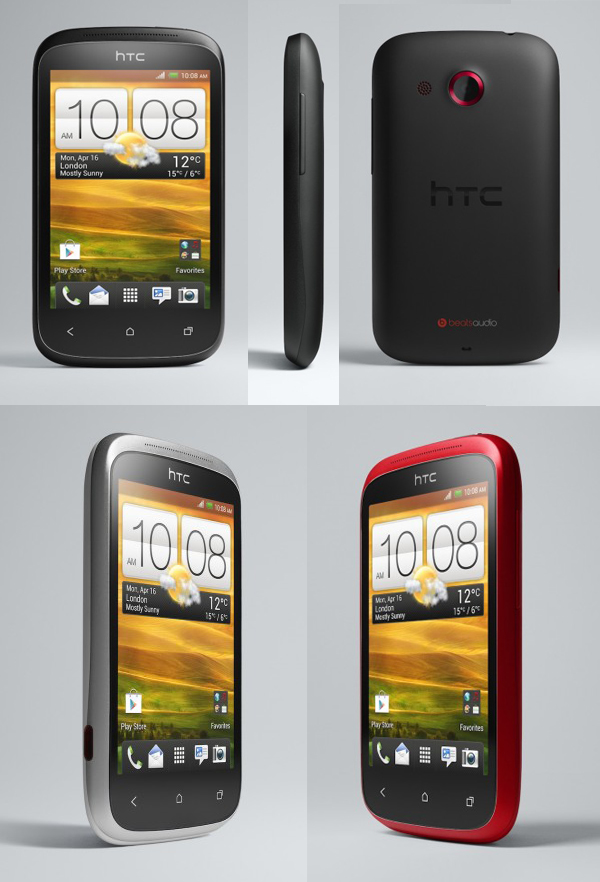 Last modified on 15 May 2012
Rate this item
(0 votes)
Tagged under
More in this category: « LG to unleash Optimus 4X HD on Europe next month Xperia SX gets fondled, touched inappropriately »
back to top