Asus has finally shed some official light on its Padfone smartphone and we are looking at 4.3-inch 960x540 Super AMOLED screen backed by Gorilla Glass and powered by Qualcomm's Snapdragon S4 dual-core CPU clocked at 1.5GHz and paired up with Adreno 225 GPU.

The Snapdragon S4 CPU is backed by 1GB of LPDDR2 RAM and it will be avilable with 16, 32 or 64GB of eMMC flash storage space as well as an microSD card slot for additional up to 32GB of storage space. The rest of the specs include 802.11bgn WiFi, Bluetooth 4.0, GPS and A-GPS support, HSPA+, rear 8MP F/2.2 lens camera with autofocus and LED flash and front VGA one, e-compass, gyro, light and motion sensors, micro-USB and 3.5 audio jack and own 1520mAh battery. The dimensions of the Padfone are set at 128x65.4x9.2mm and it weighs in at 129g.

The Padfone Station will feature a 10.1-inch 1280x800 capacitive touch/multi-touch screen with Gorilla Glass and will use Padfone's rear camera and have its own fron 1.3MP camera. It will also have its own 24.4Whr battery that should provide up to five times more battery life and high quality Asus SonicMaster speakers.

The Padfone combo will also have an optional keyboard dock as well as Padfone Stylus Headset that is, as the name suggests, actually a Bluetooth stylus pen that can double up as a headset.

Unfortunately,  the price, probably high remains a mystery but Asus did say that Padfone should launch in April. 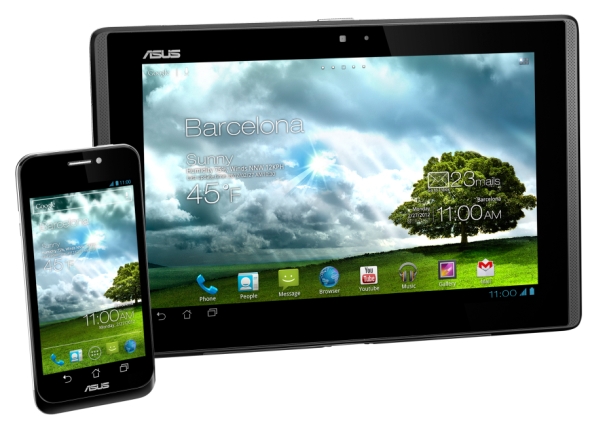 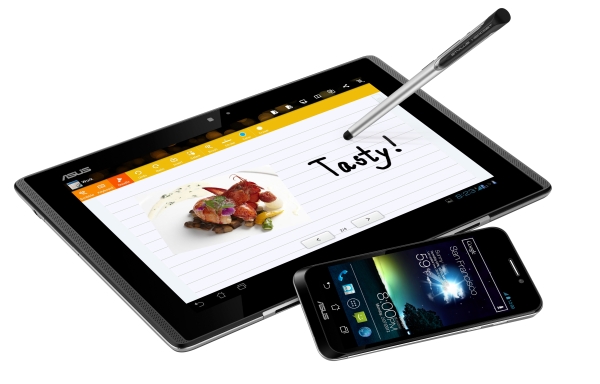 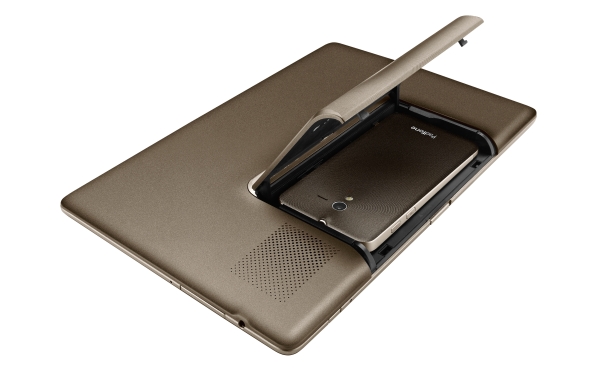 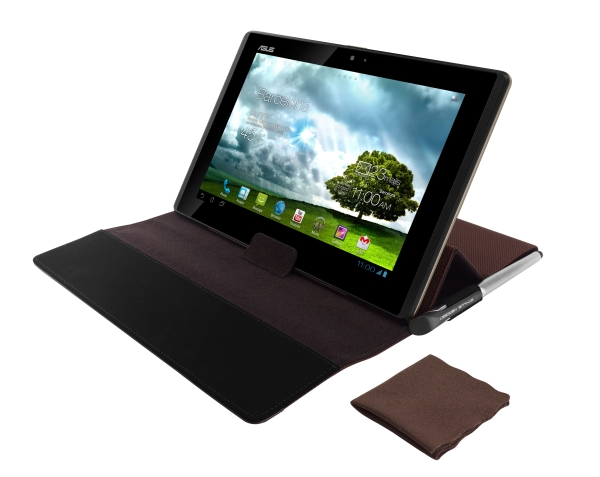