Leaked yesterday, Motorola has now officially unveiled its latest smartphone, the Motorola Droid Razr. The phone proudly boasts the title of slimmest smartphone due to its 7.1mm body, of course if you don't count the hump on the top.

Hardware side is pretty good as well as the new Droid Razr is based on the Texas Instrument OMAP 4430 chipset with dual-core 1.2GHz Cortex-A9 CPU and PowerVR SGX540 GPU all paired up with Android 2.3.5 OS. It packs 4G LTE capabilites (at Verizon) while the rest will have to be satisfied with the HSPA. It has 1GB of RAM memory, 16GB of storage space expandable by microSD card slot (16GB one included), 802.11bgn WiFi with DLNA and WiFi hotspot, Bluetooth 4.0, front 2 megapixel camera for video calls and back 8 megapixel one with autofocus, LED flash, image stabilization and 1080p video recording.

The rest of the features include aGPS, HDMI and USB 2.0 ports and a 1780mAh battery capable of promised 12.5 hours of talk time due to new SmartActions software for enchanced power management. Of course, the new Motorola Droid Razr has support for the 10.1-inch Lapdock 100 and the 14-inch 500 Pro docks and some enterprise features like remote wipe, data encryption and remote access.

The new Motorola Droid Razr is scheduled to hit pre-order at Verizon on October 27th while the rest of the world should get it sometime in November. 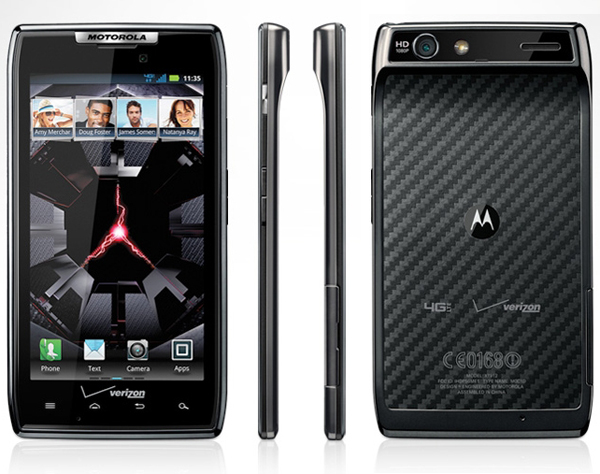 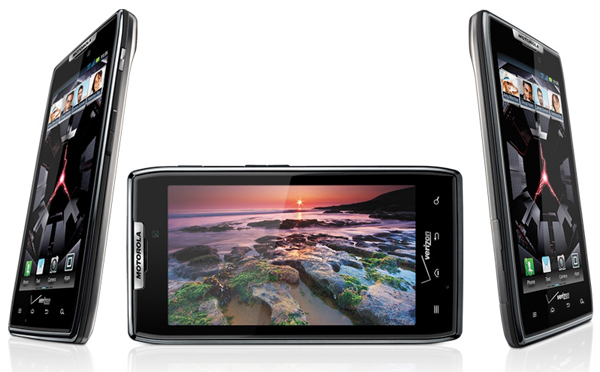