Qualcomm's President speaks on the future of servers 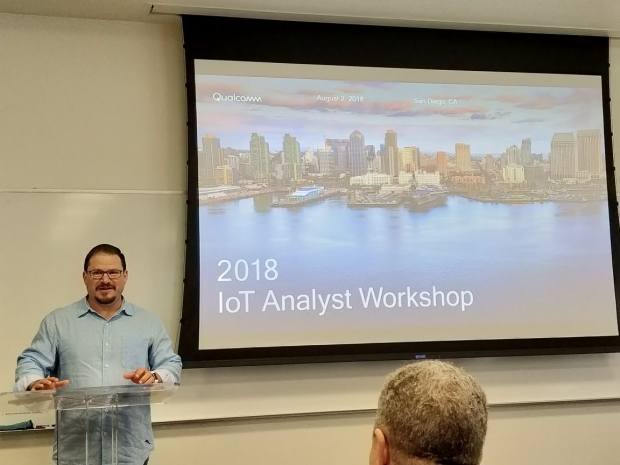 Cristiano talks about living on the Edge

While there has been a lot of news that Qualcomm is shutting down its server division, it looks like that is not the case.  Qualcomm's Cristiano Amon told technology analysts that the server division is here to stay, but it will focus more on edge computing.

Edge computing is expected to grow with the development of faster internet speeds. Many companies including Qualcomm are moving towards building faster and more reliable Mesh WiFi,  faster 4G Gigabit LTE speeds and eventually 5G speeds. So, we're talking multiple gigabytes a second and extremely low latency. Latency is more of an issue than the speed.

This is the promise of 5G and Qualcomm and many other big players are investing heavily in edge computing. Cristiano said that Edge is an important technology that can potentially replace the big computing boxes including desktop machines or consoles and workstations and move them into the cloud.

Nvidia is betting big on gaming on the Edge with Geforce Now, but this technology is still in its infancy. Nvidia started just a bit too early. It is better to start early than be late to the game.

Cristiano wants you to imagine that 5G with its 60GHz super-fast waves and 802.11 ad speeds will get you thinking about gaming consoles.

The 5G will enable the Edge computer to become a co-processor to an existing SoC. You render critical things on a device (VR – XR device, phone, tablet, PC) while the rest gets rendered by the co-processor on the Edge. Instead of putting the machine learning/AI co-processor on the core, you can do a lot of these calculations on Edge devices. Think about running at the gaming console or at the base station or at the edge of the network.

You need to be connected on the internet for most things today and the Edge capabilities of the devices including VR – AR (eXtended Reality) can be complemented by the device on the edge. This might be a server processor/much higher TDP device that can give you a lot of processing power, or teraflops.

The general idea is that the mobile device, such as a smartphone, XR glasses or notebook will always be performance limited due to its battery life. Battery life remains the number one concern for any device, as once the juice is up, the device doesn’t work.

You can render a PC content game to some extent over the Snapdragon SoC using edge computing and faster 802.11 AD/ millimeter wave technologies.

Fudzilla saw the edge at MWC 18

With all that in mind, Cristiano confirmed that Qualcomm would revector its server business to build computing capabilities and machine learning inference processor for the Edge. At a base station, you cannot build a huge air conditioning plant or put the power/performance hungry processor with 100s of watts of TDP on the bottom of the ocean.

That is what Qualcomm plans with its server business unit, at least one part of it. Back at Mobile World Congress 2018,  behind closed doors, Fudzilla saw one of the first meaningful Edge computing demos. Qualcomm intended this for its high-level customers, to explain to them where compute, VR, 5G, millimeter Wave, Machine learning and AI will all meet and create more powerful compute experiences for the future. The smartphone or the VR glasses remain the hub, but you get much higher compute capability and better resolution while still using the mobile TDPs. That is the key.

Last modified on 27 August 2018
Rate this item
(0 votes)
Tagged under
More in this category: « VMware beats Wall Street predictions Art forgery could be killed off with Blockchain »
back to top