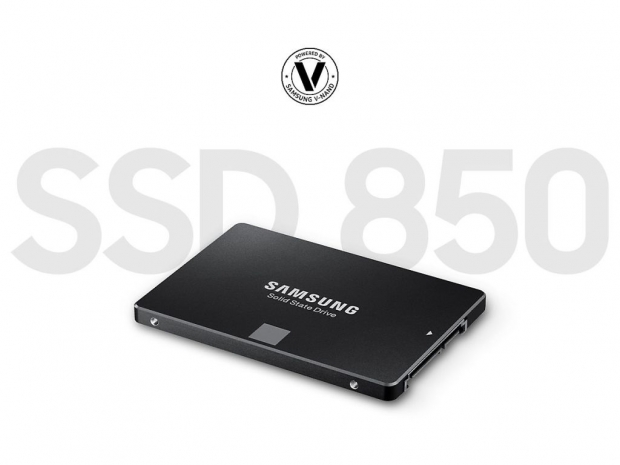 Based on MGX controller and MLC V-NAND

It appears that the previous rumor saying Samsung could drop the Pro/Evo naming scheme is true after all, as the 120GB Samsung 850 SSD model has been spotted online.

Spotted on Samsung's official Chinese site by Techpowerup.com, the Samsung 850 SSD, model MZ-7LN120, features Samsung's well-known MGX controller paired up with 3-bit MLC V-NAND and 256MB of LPDDR3 cache. Its sequential performance peaks at 540MB/s for read and 520MB/s for write, with a random 4K performance set at up to 88,000 IOPS for read and 70,000 IOPS for write.

Unfortunately, this is currently the only model listed without Pro/Evo suffix but others should probably follow soon.