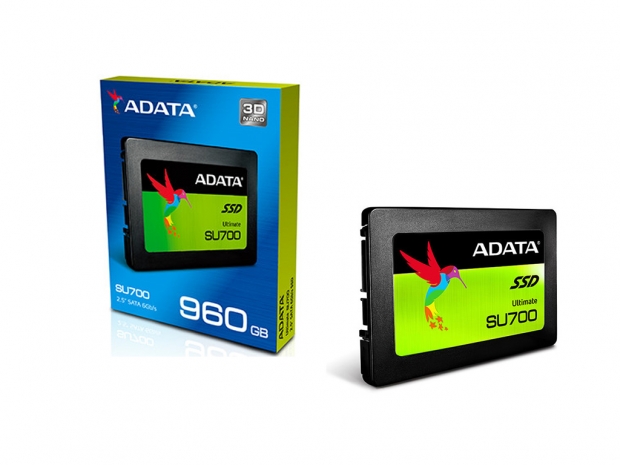 Based on 3D NAND

ADATA revealed its new Ultimate SU700 2.5-inch SATA 6Gpbs SSD series that will use 3D NAND, paired up with a new Maxiotek controller.

As noted, the Ultimate SU700 series SDDs are based on Micron's 3D TLC NAND and new Maxiotek controller (most likely the new MK8115), offering a sequential performance of up to 560MB/s for read and 520MB/s for write. Unfortunately, we do not have any details regarding the 4K random performance but it should be in line with similar products.

The rest of the features include WriteBooster, a dynamic SLC Caching technology, AES 256-bit encryption, and comes backed by a three year warranty.

The Ultimate SU700 series SSDs will join ADATA's SU900 and SU800 series. Unfortunately, ADATA did not reveal any details regarding the price or the availability date, but we expect to see them on shelves pretty soon.

Last modified on 31 March 2017
Rate this item
(0 votes)
Tagged under
More in this category: « Lexar releases tough Jumpdrive DDR5 memory to go back to the drawing board in 2018 »
back to top