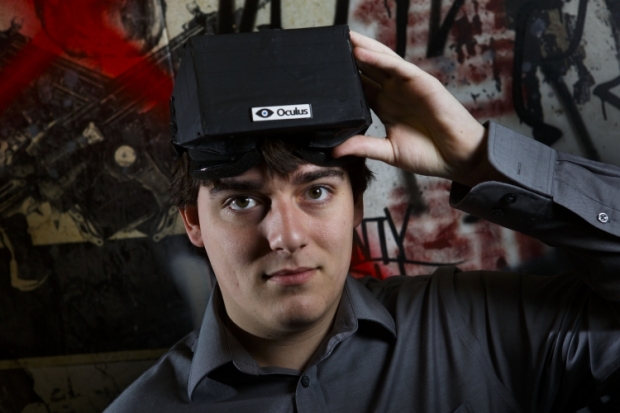 Luckey admitted that he used the pseudonym "NimbleRichMan" on Reddit with a password given to him by the organisation's founders. Nimble America says it's dedicated to providing that "shitposting is powerful and meme magic is real," according to the company's introductory statement.

It has taken credit for a billboard its founders say was posted outside of Pittsburgh with a cartoonishly large image of Clinton's face alongside the words "Too Big to Jail."

Ironically the Trump campaign has turned on the organization this weekend, refusing to believe "NimbleRichMan" was the anonymous "near-billionaire."

Luckey insists he's just the group's money man -- a wealthy booster who thought the idea was funny. But he is also listed as the vice-president of the group on its website.

“The same has been true of many movements for freedom in history. You can't fight the American elite without serious firepower. They will outspend you and destroy you by any and all means."

Which is pretty much what Lucky is doing. Still when it come to a choice between Lucky’s VR and one of the rivals it is worthwhile knowing that you are helping Donald Trump become president because a rich guy like Luckey wants a laugh.