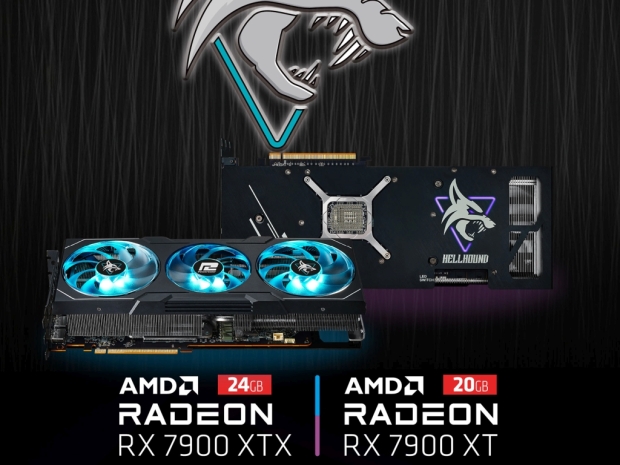 Ahead of the official AMD Radeon RX 7900 series launch, Powercolor has decided to unveil its Hellhound RX 7900 series, coming with an improved PCB, improved heatsink, and a new and improved triple-fan design.

As detailed by Powercolor, the Radeon RX 7900 Hellhound series will get a 14-layer PCB with 20-phase VRMs, as well as an improved heatsink with direct-contact GPU copper plate and eight nickel-plated copper heatpipes.

Both upcoming Radeon RX 7900 Hellhound series cards will get the same triple-fan cooler with a new 9-blade design which is said to improve GPU temperatures by over 3°C, compared to the previous Hellhound cards. Powercolor has also added a second LED color, amethyst purple, alongside the standard ice blue one previously available with the Hellhound series. Both will also feature a metal-reinforced backplate. 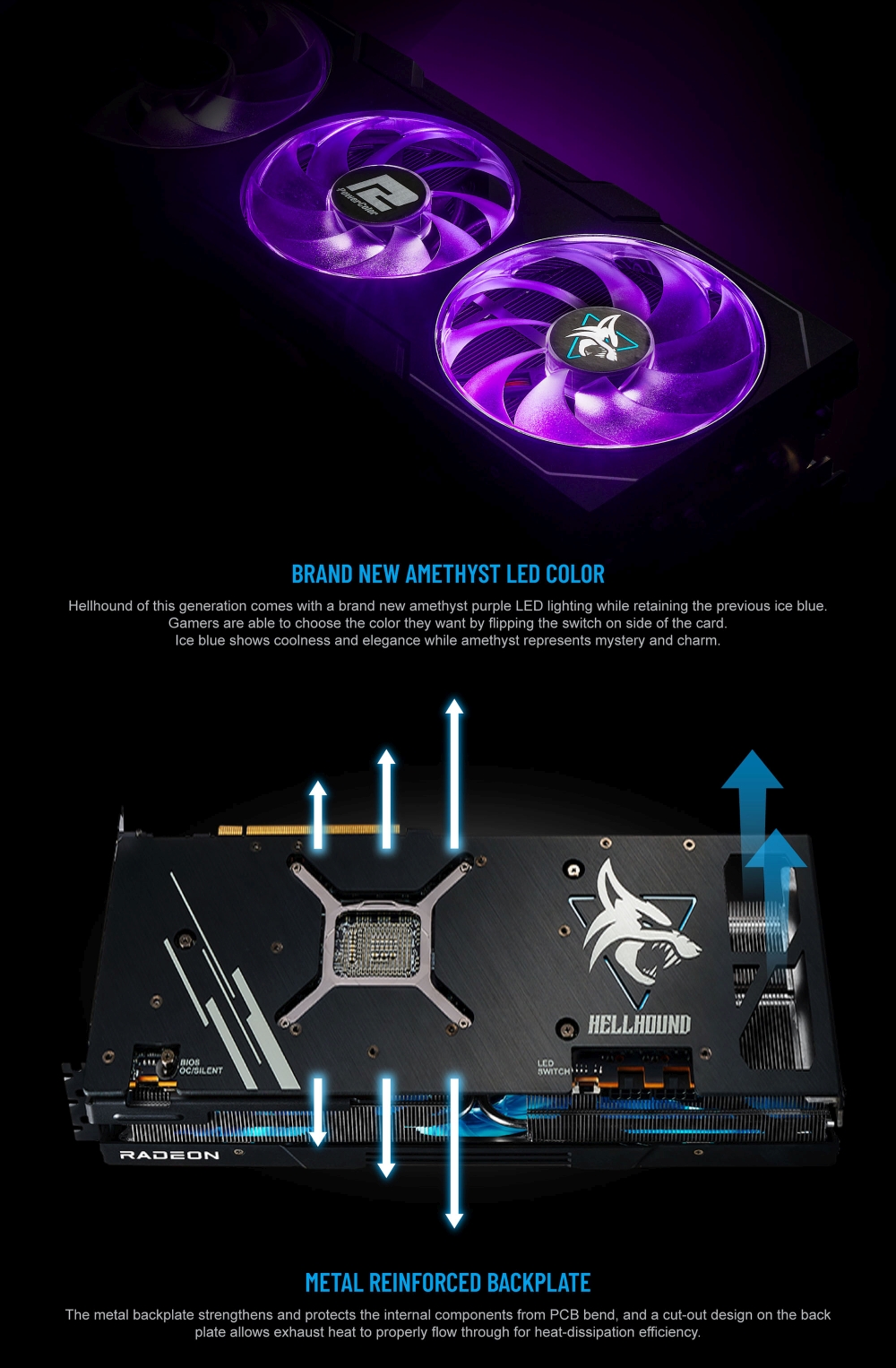 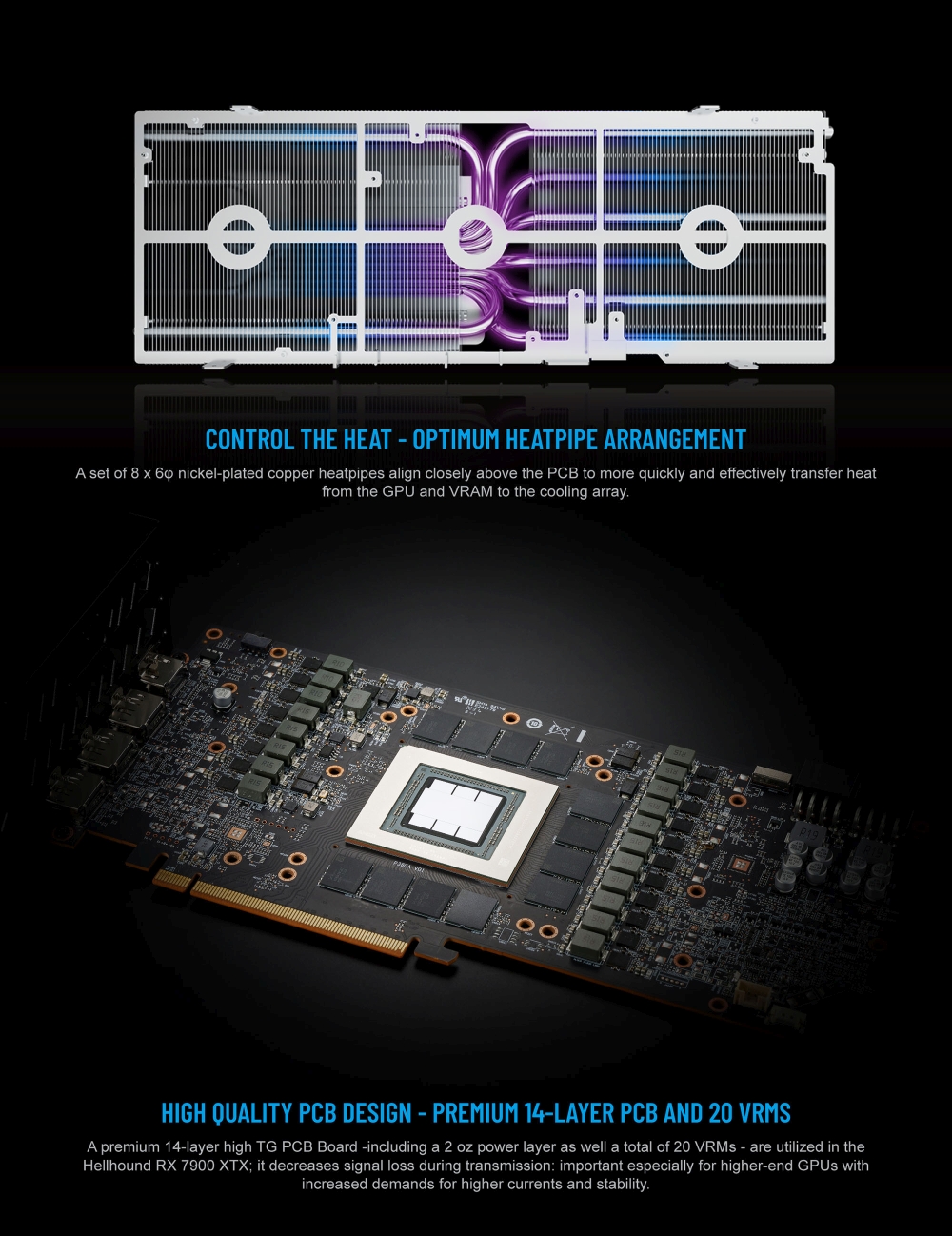 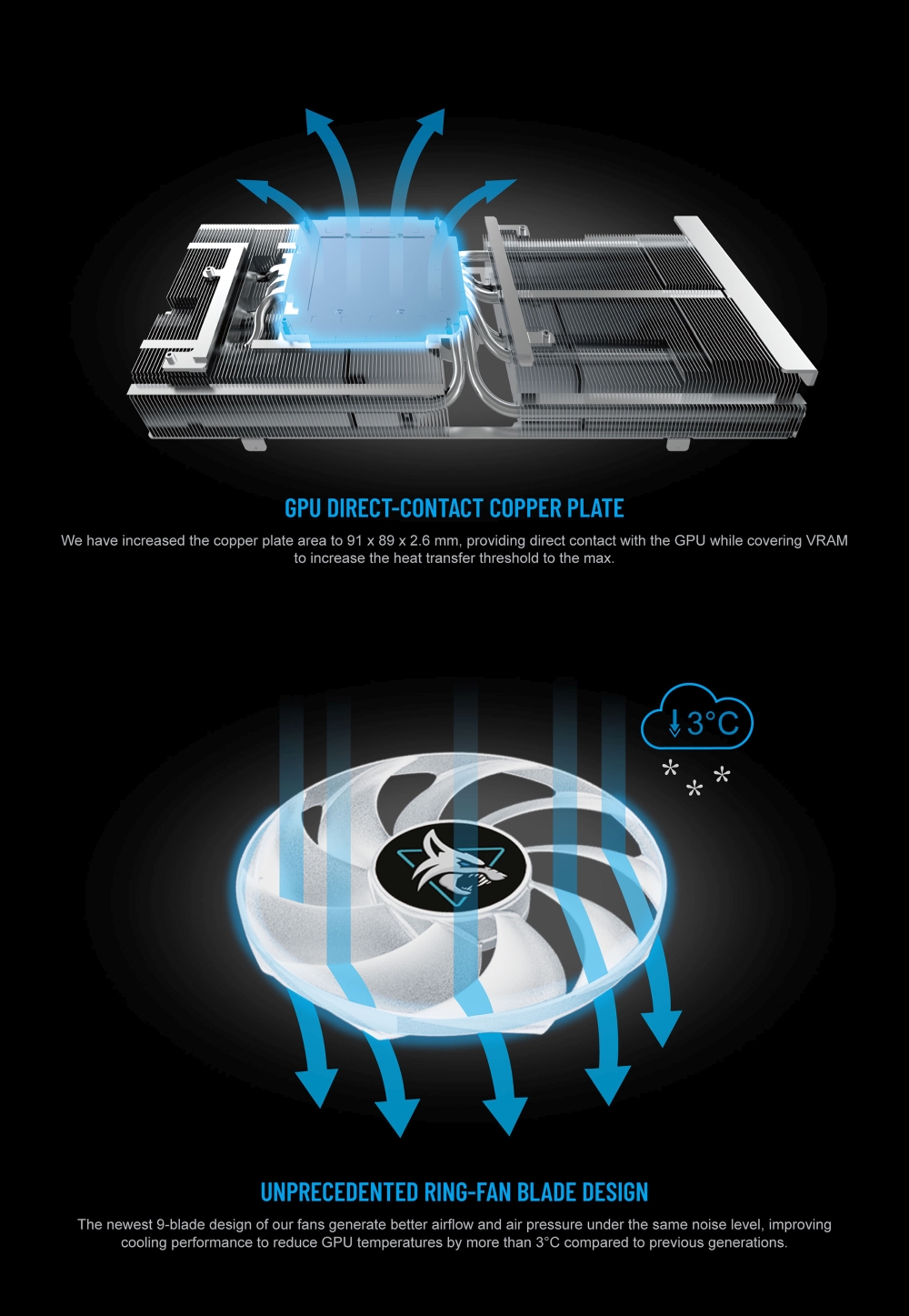 Rate this item
(6 votes)
Tagged under
More in this category: « Nvidia RTX 40 series price drops in EU and UK Nvidia plans price drop of RTX 4080 »
back to top