Nvidia Founders Edition cards won't be getting the LHR treatment 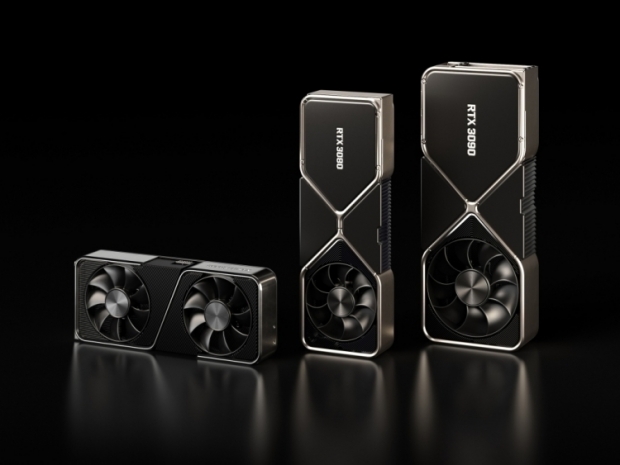 Nvidia has confirmed that it won't be making LHR versions of its RTX 30 series Founders Edition as these are reserved for its AIC (add-in-card) partners.

As detailed earlier, Nvidia has officially announced new versions of its RTX 3080, RTX 3070, and RTX 3060 Ti graphics cards that will be labeled as the LHR (Lite Hash Rate) models. While its AIC partners have already announced such versions, in a statement for PC Gamer, Nvidia has confirmed it won't be making LHR Founders Edition versions.

"Founders Edition is a limited production graphics card sold at MSRP," Nvidia has told PC Gamer, "and at this point we don’t have plans to make versions with LHR."

This comes as no surprise since Nvidia Founders Edition are usually limited edition cards and pretty much sold at MSRP, when available. It could also mean that due to supply shortages and higher manufacturing prices, Nvidia does not plan to make any more Founders Edition cards.

Hopefully, Nvidia will be able to somewhat limit the pressure from crypto-mining with the LHR series, and its upcoming RTX 3080 Ti and the RTX 3080 Ti are expected to launch with crypto-mining limiter from day one, so it is highly unlikely that we will see LHR versions of these two graphics cards.

Last modified on 21 May 2021
Rate this item
(0 votes)
Tagged under
More in this category: « Zotac shows RTX 3090 Ti but it is highly unlikely to happen AMD pledges three new RDNA 2-based Radeon RX 6000M GPUs »
back to top