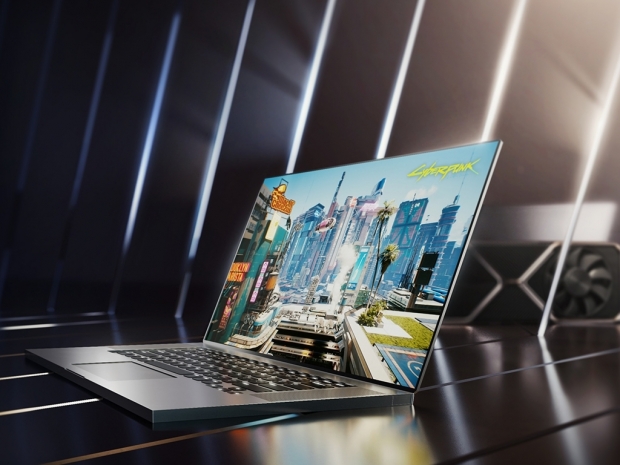 Both the Geforce RTX 3050 Ti Mobile and the RTX 3050 Mobile are based on Nvidia's GA107 GPU and should fit well in Nvidia's mobile GPU lineup. Some laptop makers, like Lenovo, have already announced laptops based on these chips, but more powerful ones will go for RTX 3060 and other GPUs.

Both new RTX 30-series Mobile cards feature support for PCI-Express 4.0 and Resizable BAR, so these should go well with Intel's newest platform, as well as AMD's mobile chips.

According to Nvidia, there are already over 140 design wins, including some popular names like Razer Blade 15, Alienware M15 R5, Dell XPS 17, HP ZBook Studio, Lenovo Ideapad 5i Pro, MSI GS76, Asus Zephyrus M16, and others.

Nvidia did provide some performance numbers, showing that both the RTX 3050 Ti Mobile can keep well above 60 FPS in some titles with DLSS, even with RT enabled. 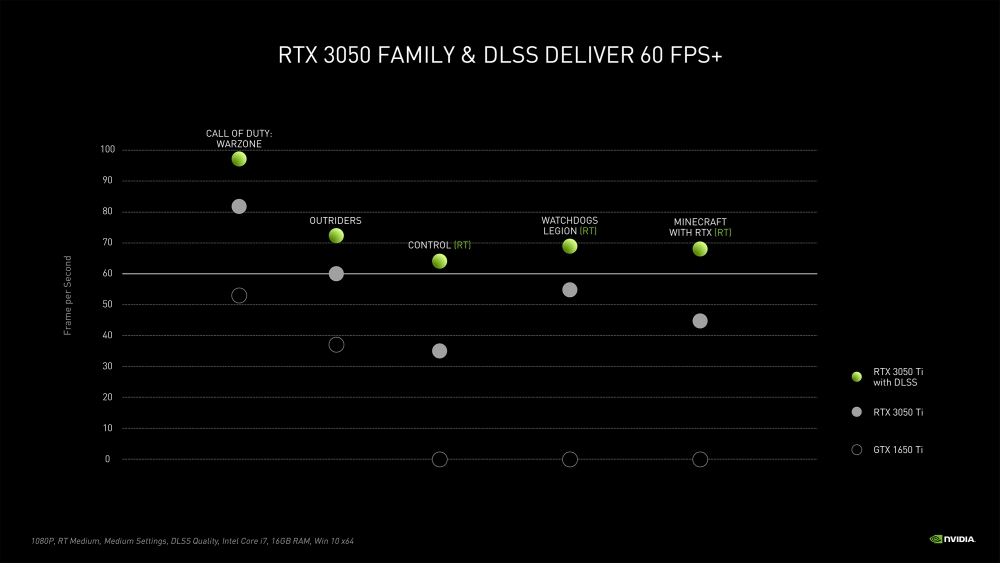 According to Nvidia, laptops with these new chips should be available as of today and start at $799.