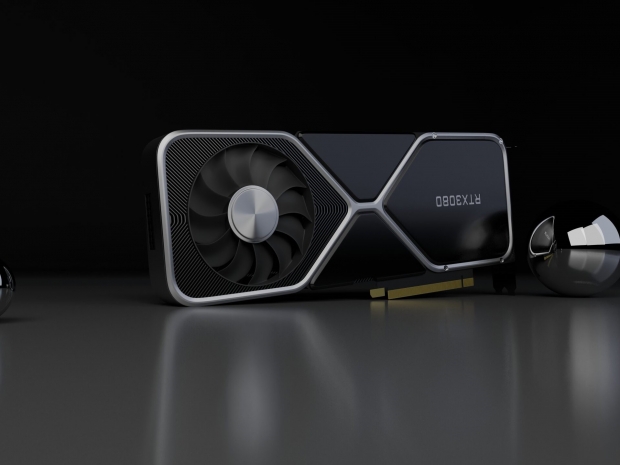 Updated: You just change get the parts

EVGA has confirmed that a capacitor on some Nvidia GeForce RTX 3080 cards could be associated with the cards crashing.

A recent article by Igor's Lab about the problem has sparked complaints in enthusiast forums and Reddit about crashes and black screens.

In a forum post, EVGA said it had its own issues with the capacitors in its designs:

But, due to the time crunch, some of the reviewers were sent a pre-production version with 6 POSCAP’s, we are working with those reviewers directly to replace their boards with production versions. EVGA GeForce RTX 3080 XC3 series with 5 POSCAPs + 10 MLCC solution is matched with the XC3 spec without issues."

The new RTX 3080 cards were crashing during gaming sessions, mostly when third-party graphics cards reached or exceeded 2.0 GHz. This number was important because it was the  factory-overclocked range of most third-party RTX 3080's.

A work around involving downclocking the impacted cards by ~100MHz fixed the RTX 3080 crashing issues.

Igor's Lab thinks that there is a problem from the capacitors used on the rear of the PCB underneath the GPU die. There are two different capacitors in GPU – a POSCAPS (Conductive Polymer Tantalum Solid Capacitor) and the other called MLCC (Multilayer Ceramic Chip Capacitor).  While it is normal to use a mix of these, Nvidia's RTX 3080 FE cards don't use as many POSCAP capacitors, instead bundling them with MLCC capacitors - and those cards don't seem to suffer as much from the crashes and black-screening issues. In contrast, custom cards that use all-POSCAP implementations seem to suffer from the crashing issues more frequently.

EVGA's seems to confirm that the all-POSCAP solution could play a role in crashes. In fact, EVGA says its all-POSCAP designs couldn't pass its own internal testing, so the company went with a mixed POSCAP and MLCC design, which solved the issues at the cost of a delayed launch.

Tom’s Hardware thinks there is a chance that this issue isn't entirely related to capacitors - Nvidia's Ampere cards have higher power supply requirements than previous-gen cards, and drivers are still in the early stages of widespread use. As such, capacitor-induced crashes might not be responsible for all crashing issues - there are a lot of factors at play.

Nvidia has posted an official statement over at its forum saying that "the appropriate number of POSCAP vs. MLCC groupings can vary depending on the design and is not necessarily indicative of quality". Nvidia also posted a new driver that should improve stability but it is still not clear if it drops the clocks or GPU voltages. You can find the new driver update over at Nvidia's official driver page.