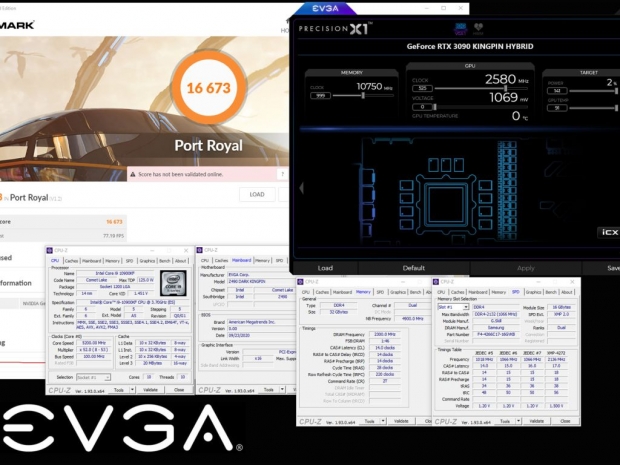 Considering EVGA's RTX 30 series lineup it does not come as a surprise that its highest-end model, the Geforce RTX 3090 KINGPIN managed to shatter the 3DMark Port Royal world record in the hands of Vince "K|NGP|N" Lucido.

With certain tweaks to the GPU, including vCore running at 1069mV, as well as plenty of liquid nitrogen, Vince Lucido managed to hit 2.58GHz GPU clock with memory running at 21.5Gbps.

You can check out more over at the 3DMark database. 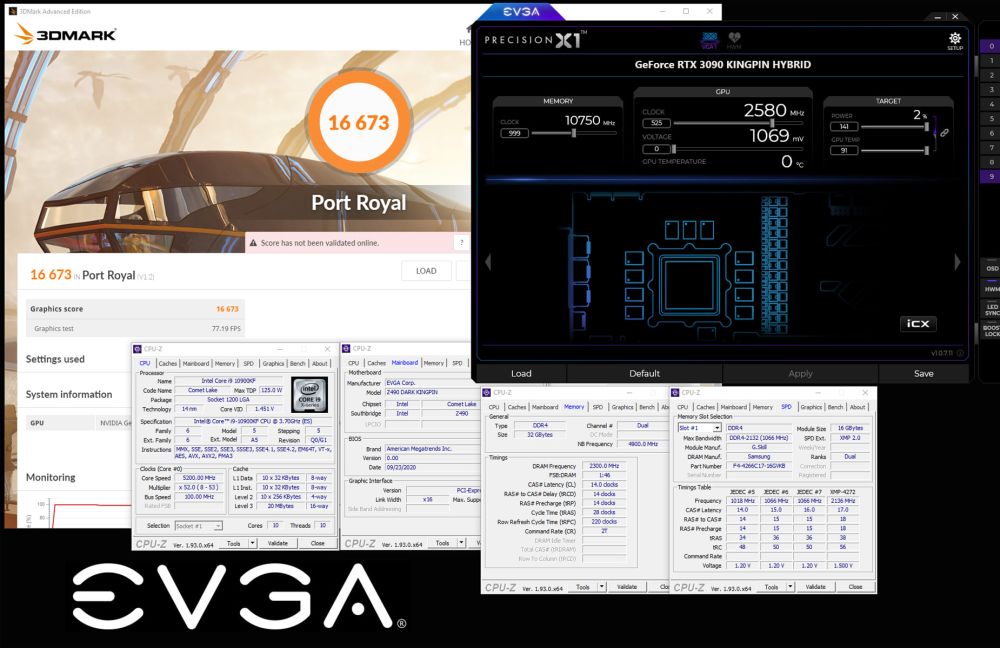 Last modified on 26 September 2020
Rate this item
(0 votes)
Tagged under
More in this category: « AMD RDNA 2 Radeon RX 6000 series might launch in force EVGA confirms Nvidia GeForce RTX 3080 cards might have capacitor problems »
back to top