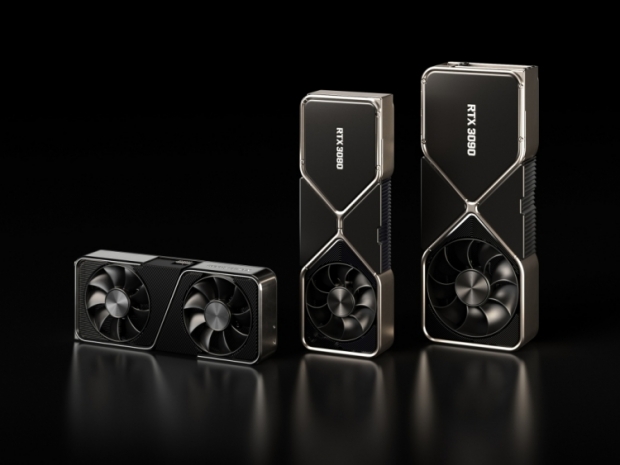 Nvidia has informed members of the press that the RTX 3080 embargo date has been pushed back to September 16th, and confirmed that the RTX 3070 will be officially launching on October 15th.

Nvidia has decided to push back the review embargo for the RTX 3080 to September 16th, which is why you won't see any reviews today. Apparently, COVID-16 pandemic has struck again, and shipping delays were to blame as some members of the press got their cards pretty late.

Nvidia has also confirmed that the Geforce RTX 3070 will be launching on October 15th, which is not a big surprise as Nvidia will have all three cards on the market before AMD's a big RDNA2 event in October.

Last modified on 14 September 2020
Rate this item
(5 votes)
Tagged under
More in this category: « Nvidia working on Geforce RTX 3060 Ti for October AMD Radeon RX 6000 designs spotted »
back to top