Turing RT cores are made for AI 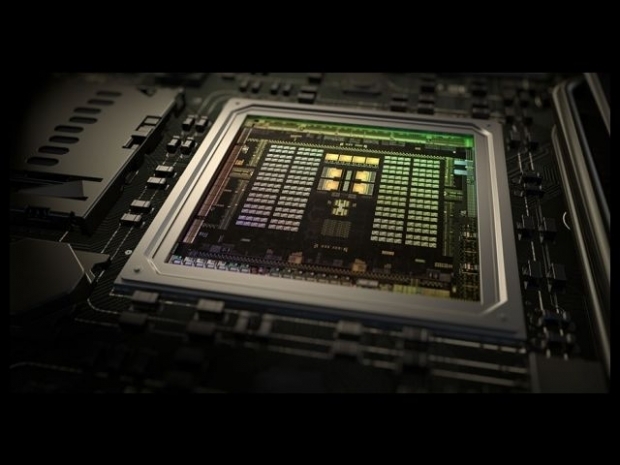 Great that they can do Ray Tracing

Graphics experts very close to what's happening have shared an interesting thesis that helped Nvidia justify the transistors spent in Turing RT cores. It is all about AI and the next generation data workloads.

Yes, Turing cores can do Ray Tracing, to some extent as most of the scene in any upcoming games will be using rasterizing and a small drop of Ray Tracing where it makes sense.

Some scenes of the upcoming Battlefield V will look astonishing but only if the game engine/developers /producers slow the camera enough to let your brain and eyes feast on these great looking fire reflection and other cool effects.

In reality, the games like Battlefield V are so fast that your brain doesn’t have the time to process what it sees leaving Ray Tracing mostly unnoticed. That is a story for some other day, more importantly Ray Tracing RT cores can deal with some future workloads.

Data of the future can use Ray Traced calculations

Nvidia is pioneering Ray Tracing in real time and the fact that some data sets act like ray traced content helped the engineers convince the money mongers to enable this exciting technology inside Turing cores.

According to Nvidia, the Turing Tensor Core has 114 TFlops FP16 performance, 228 TOPS of INT 8 and 455 TOPS INT4. It's recognized that INT8 is something that is heavily used in AI today and INT4 and even INT2 research is happening as we speak. Nvidia preaches that Turing Tensor cores are being leveraged for deep learning inference for gaming, which is part of the truth. More importantly, these tensor cores will do really well in AI and so will the Ray Traced cores.

Gaming products benefit from the fact that certain part of that very complexed processor can do artificial intelligence calculations well. Most companies are reusing technologies across the product generations as they cost millions to develop. This hardly comes as a surprise but it helps us understand things a bit better.

Nvidia’s Storm Trooper Quadro Demo showed what kind of horse power you need to do that scene, and the quality seen on that video won’t come to the desktop anytime soon. It is just a demonstration where things will go and if you get an expressive Quadro, the visualisation including Ray Tracing of certain scenes will be faster than every before.

Despite Nvidia's pioneering efforts in Ray Tracing in real time gaming we are hearing that the big console guys and other players are thinking about a different Ray Tracing approach. More soon.

Last modified on 20 November 2018
Rate this item
(0 votes)
Tagged under
More in this category: « AMD Polaris 30 GPU made at both GlobalFoundries and Samsung AMD Vega 20 GPU gives MacBook Pro a decent performance boost »
back to top