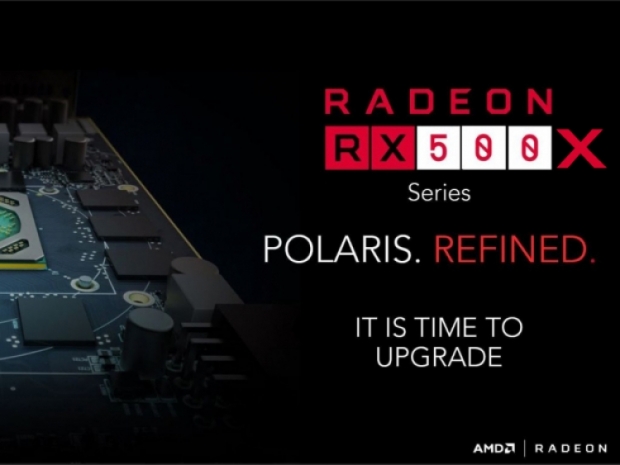 AMD is gearing up for a slight refresh of its graphics card lineup with a 12nm Polaris GPU, which is likely to bring an improvement of around 10 to 15 percent, mostly thanks to higher clocks.

While waiting for the 7nm Navi chip to come, AMD will be launching a 12nm Polaris refresh GPU n November, according to our sources. This lines up with earlier rumors coming from Chinese sites like Chiphell and PCOnline, although our sources were adamant that it will come in November.

The GPU should be the Polaris 30, spotted earlier this year and although some sources are already talking about the RX 670/680 name, this is still not carved in stone, so anything is possible.

The new 12nm LP manufacturing process will bring both lower power consumption and allow AMD to raise the GPU clocks. According to our sources, you can expect an improvement of around 10 to 15 percent.

With the cryptomining finally out of the picture, the prices on these mid-range graphics cards should be reasonable and it will put more pressure on Nvidia's mid-range offering, like the GTX 1060.

Hopefully, we will hear more information as we draw closer to the next month.

Last modified on 11 October 2018
Rate this item
(0 votes)
Tagged under
More in this category: « Nvidia rolls out Geforce 416.16 WHQL graphics driver AMD 12nm Polaris refresh could be called Radeon RX 590 »
back to top