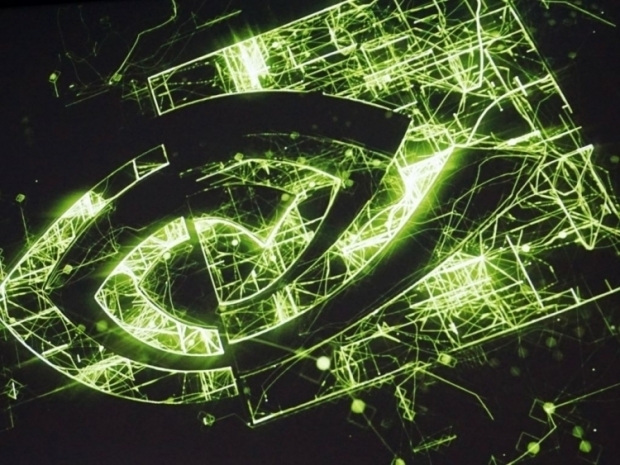 Starting on August 20th ahead of Gamescom 2018

Confirming earlier rumors, Nvidia has announced a special event for August 20th, called Geforce Gaming Celebration, ahead of the Gamescom 2018 show which kicks off on August 21st.

Nvidia did not reveal a lot of information and is still keeping the location of the event a secret, but did say that the event will be loaded with "new, exclusive, hands-on demos of the hottest upcoming games, stage presentations from the world’s biggest game developers, and some "spectacular surprises".

Those that will be in Cologne, Germany on August 20th, can register for the event over at Nvidia's site, and it is likely that the "spectacular surprises" could focus on the new Turing GPU and the Geforce GTX 1180 and other graphics cards in the lineup.

There will be plenty of Nvidia AIC partners at the Gamescom 2018 show so, hopefully, they will have something to show as earlier rumors suggested that the GTX 1180 availability is scheduled for August 30th, with Geforce GTX 1170, custom GTX 1180+ could be coming on September 30th. The mid-range GTX 1160 is scheduled for October 30th. 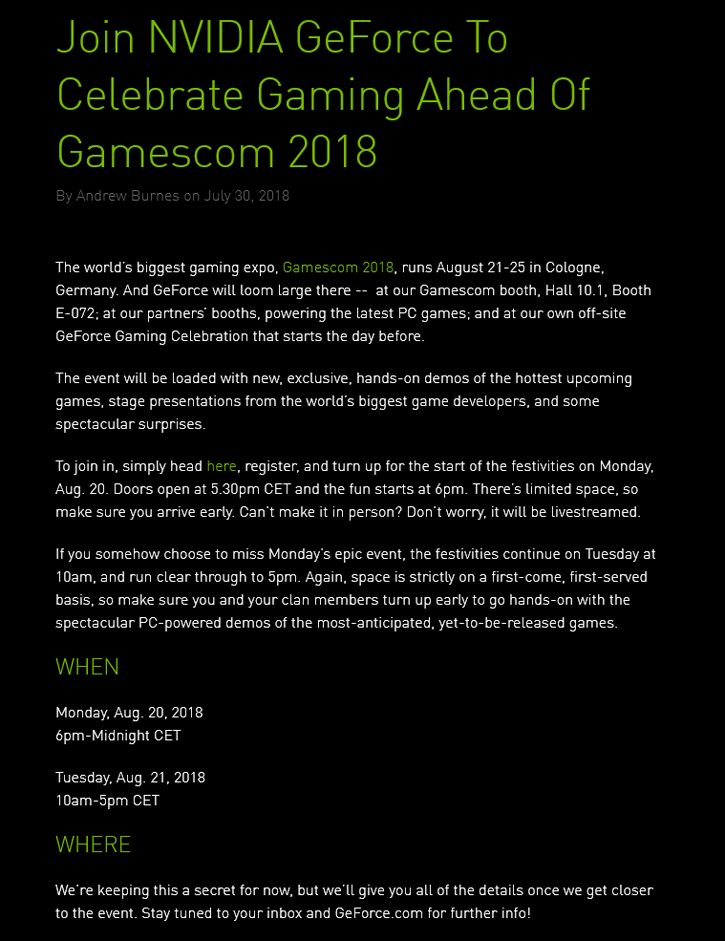 Last modified on 31 July 2018
Rate this item
(0 votes)
Tagged under
More in this category: « AMD brags it has the most stable graphics drivers Nvidia releases Geforce 398.82 WHQL driver »
back to top