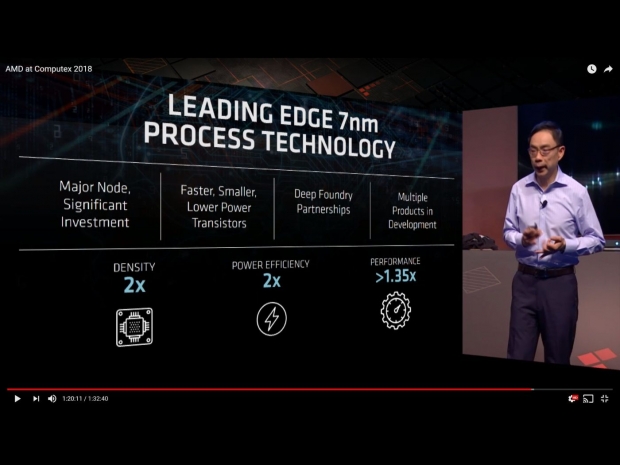 What Taiwan native David Wang - VP of AMD's Radeon Technologies Group - wanted to share the world at Computex is that Vega 14nm was a new architecture while Vega 7nm is a die shrink. Just think of it like Intel’s tick–tock cycle that got broken at 14nm a few years back.

Navi 7nm is a new architecture but what David didn’t share with the Computex 2018 audience is that Navi is not a high end part. Navi is a replacement for Radeon RX 500 series, naturally much faster than the Polaris generation. These GCN 4 cores were manufactured in 14nm.

David claims that AMD is making great progress on a new Navi 7nm generation that to Fudzilla's knowledge should launch at some point in 2019. It is too early to say when, but knowing that AMD keeps its schedules just slightly better than Elon Musk’s Tesla, we would not hold our breath for it. Vega 14nm was delayed by close to two quarters and AMD hasn’t launched anything since. 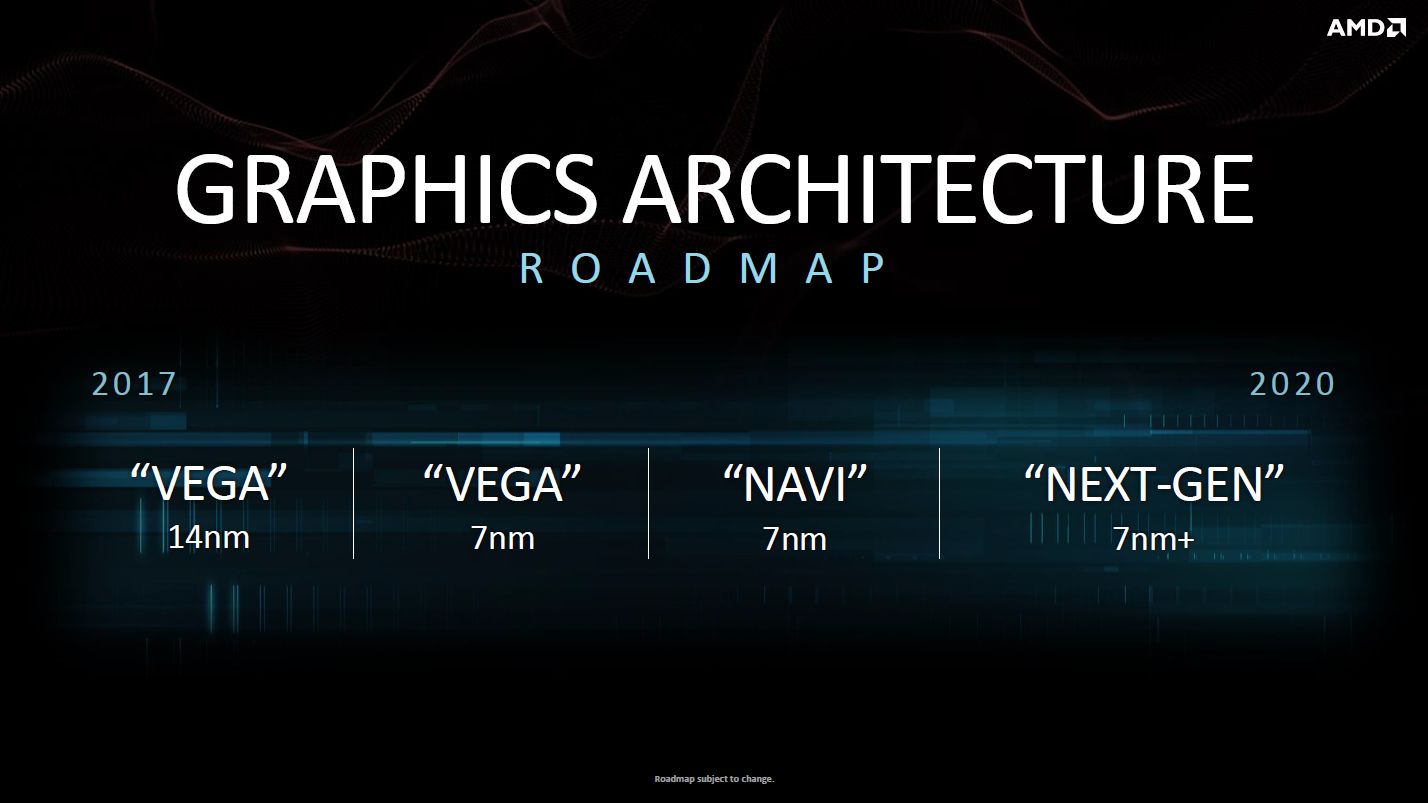 AMD also kicked of the next generation, leveraging the new process that AMD now calls 7nm+. This is nice way of saying this might actually be better than 7nm, but we are not sure how GlobalFoundries and TSMC plan to call the new manufacturing process in 2020.

David said that AMD is committed to bring out a new graphics product every year, consistently. If you take into account that Vega 7nm is a deep learning/instinct part only. This doesn’t necessarily mean that all of these parts on the roadmap will be for gaming.

The good news is that 2020 Next Gen 7nm+ is most likely a high end part and that AMD may actually make a gaming GPU out of it. The sad part for AMD enthusiasts is that between today and 2020 there won’t be anything that can compete with Nvidia Turing or even with current Pascal generation in the high end/performance segment.

In a best case scenario for AMD gaming enthusiast, graphics leadership might convince Lisa to take a risk and make a 7nm GPU, but to our knowledge a gaming Vega 7nm GPU doesn’t exist as a SKU and even if it they would start working on it, it would probably be obsolete to Turing Geforce that is expected later this year. AMD, in the best case, could make a Vega 7nm gaming part ready for 1H 2019.