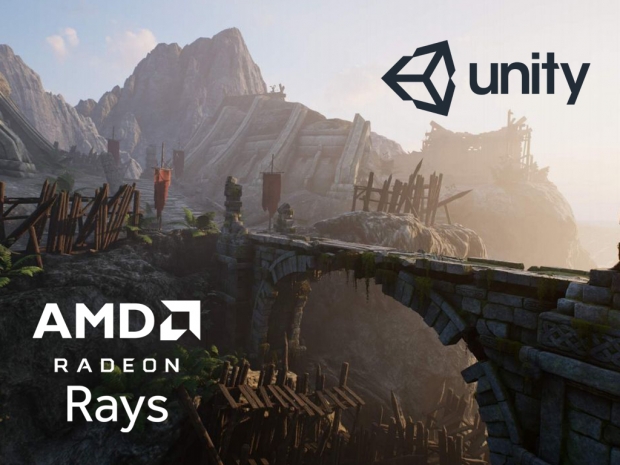 According to an announcement over at Unity, AMD's Radeon Rays will be integrated with Unity's GPU Progressive Lightmapper, and, surprise, it is open source, has cross-platform support, and it's free.

It appears that AMD has taken a rather different approach to that "better visual effects with ray tracing in games" trend, by helping developers with its Radeon Rays. That same trend has been recently pushed by both Microsoft with DirectX Raytracing (DXR) and Nvidia with its ray tracing RTX technology.

According to the information over at AMD's Radeon Rays site, it traces the paths of light rays moving through a movie or game scene and simulates the effects of light rays reflecting and refracting through an environment and interacting with virtual objects, thus providing much more realistic images.

Since Radeon Rays is open source and part of the GPUOpen initiative, it is free, easy to integrate, support all platforms conforming to the OpenCL 1.2 standard, can be used on other non-AMD hardware as well as Windows, macOS, and Linux operating systems.

Now back to the games, or rather game developers and engines. According to a rather extensive post over at Unity's blog, written by Dan Flatt, developer marketing at AMD, Radeon Rays will be integrated into Unity's GPU Progressive Lightmapper, which is definitely big news for developers using that engine.

According to the post, this open source, high-performance GPU-accelerated ray tracing engine supports OpenCL, Vulkan and C++ backends and can be used to support global illumination rendering, sound rendering (through AMD's True Audio Next, which is also open source) and AI.

As we've already written, ray tracing has been the holy grail of graphics and since it was mostly CPU-based, it could take anywhere from several hours to days, in order to render/compute a moderate to outdoor scene. According to the benchmark results provided in the post, Radeon Rays GPU acceleration speeds up the process of tuning lights and baking by up to 10 times compared to the CPU and an impressively faster ray tracing performance, especially on the Vega-based graphics cards. 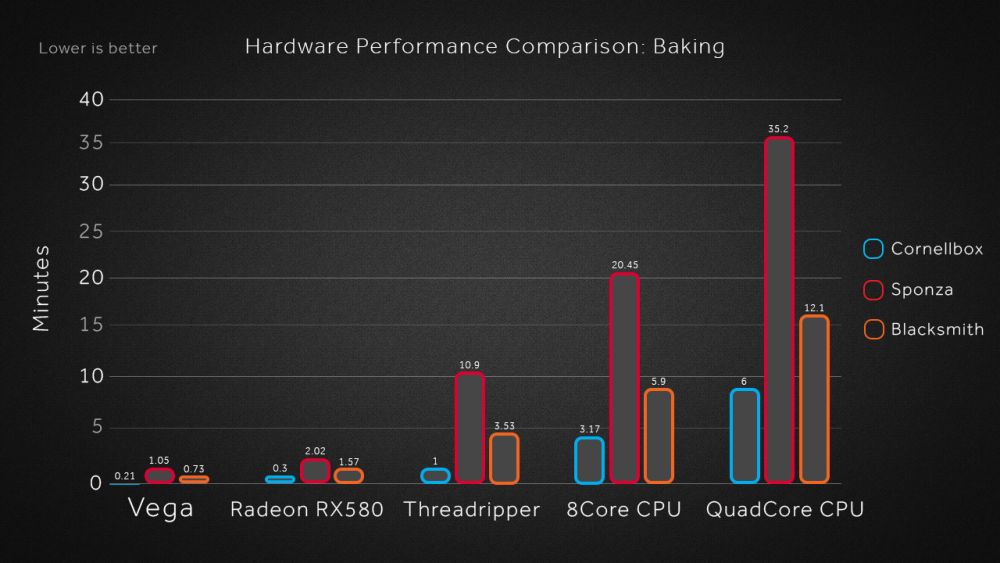 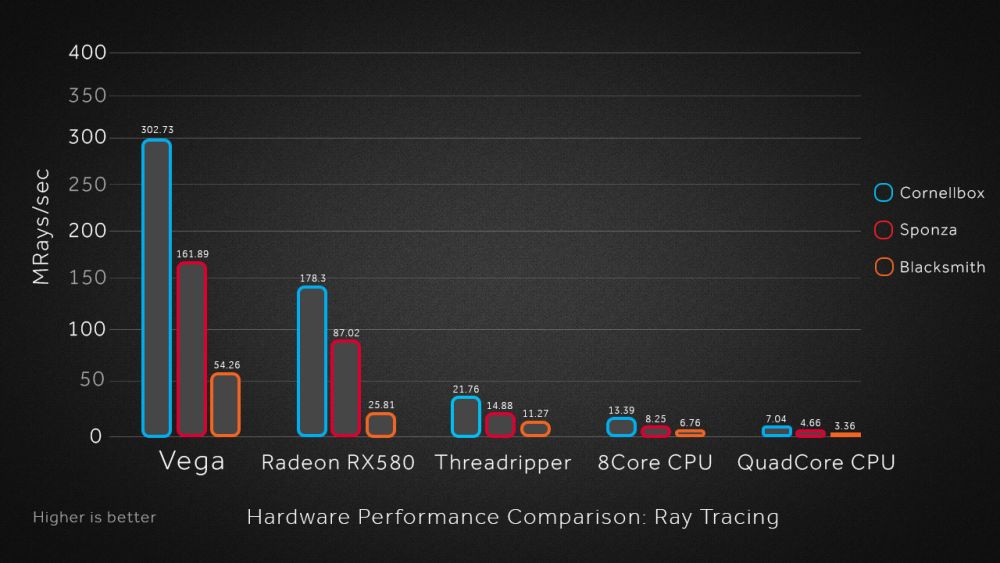 At the GDC 2018 presentation, Jesper Mortensen, Lead Graphics Engineer at Unity Technologies, talked a lot about lightmapping and its current problems which could be mostly solved with the GPU Progressive Lightmapper,

While Nvidia is promising that we will see games with ray tracing, or at least some parts brought by Nvidia RTX technology, as early as this year, we are yet to hear similar announcements from AMD or developers for that matter. Nvidia managed to get some big names behind its RTX technology, including 4A Games, Epic, Remedy Entertainment and Unity, and it was about time that some of those get behind AMD's open-source Radeon Rays.

While this integration might not bring ray tracing to the games it will help developers by providing more efficient use of system resources, faster workflows, and overall better experience. According to the same post, the Real-time Ray Tracing with GPU Progressive Lightmapper is expected to be released later this year. 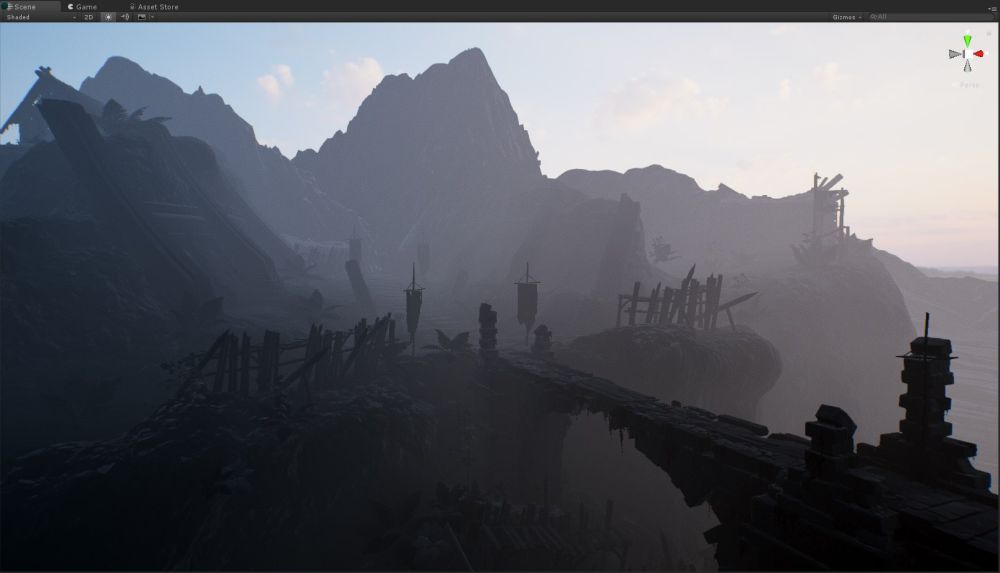 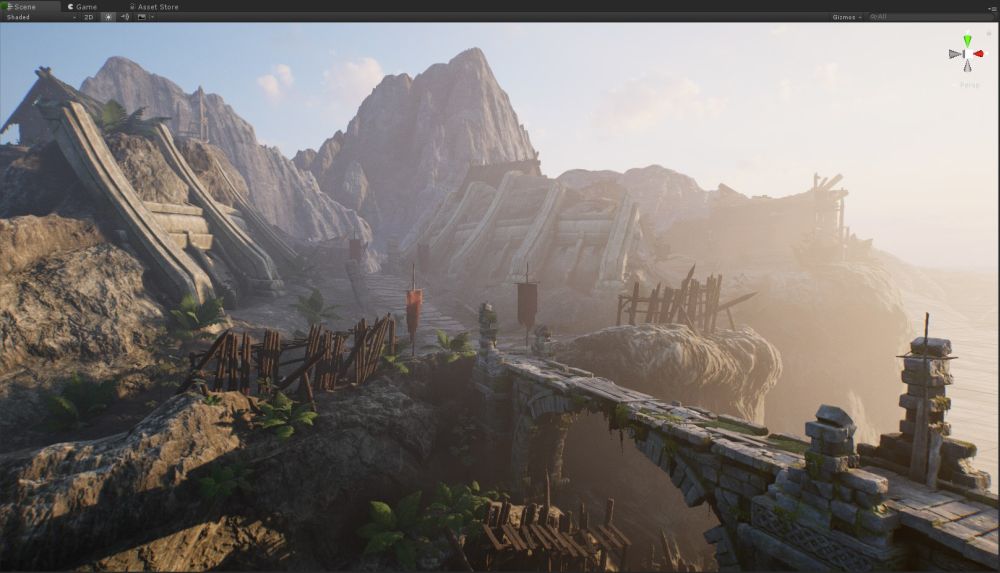