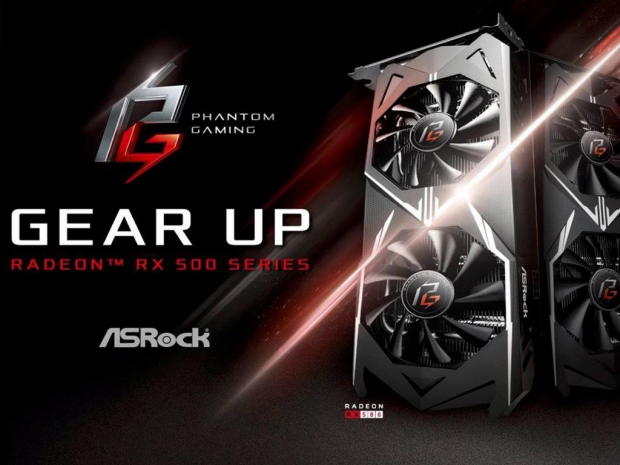 We have already seen teasers for ASRock's venture into the graphics card market and the company has now officially announced its first Radeon RX 500 series graphics cards that will be a part of its Phantom Gaming lineup.

Specification wise, these won't be much different than many other RX 500 series graphics cards on the market and ASRock was keen to outline some specific features including a dual-slot dual-fan cooler with double-ball bearings, high-performance composite heatpipes, a copper base heatsink and better thermal paste. It is also worth to note that RX 560 and RX 550 are mini-ITX cards with single-slot, single-fan cooler.

As you could have guessed from the name, the Phantom Gaming RX 580 and RX 570 will feature a slight factory overclock and will be able to work in three modes, silent, default and OC mode. You can check out the precise clocks in the slide below. 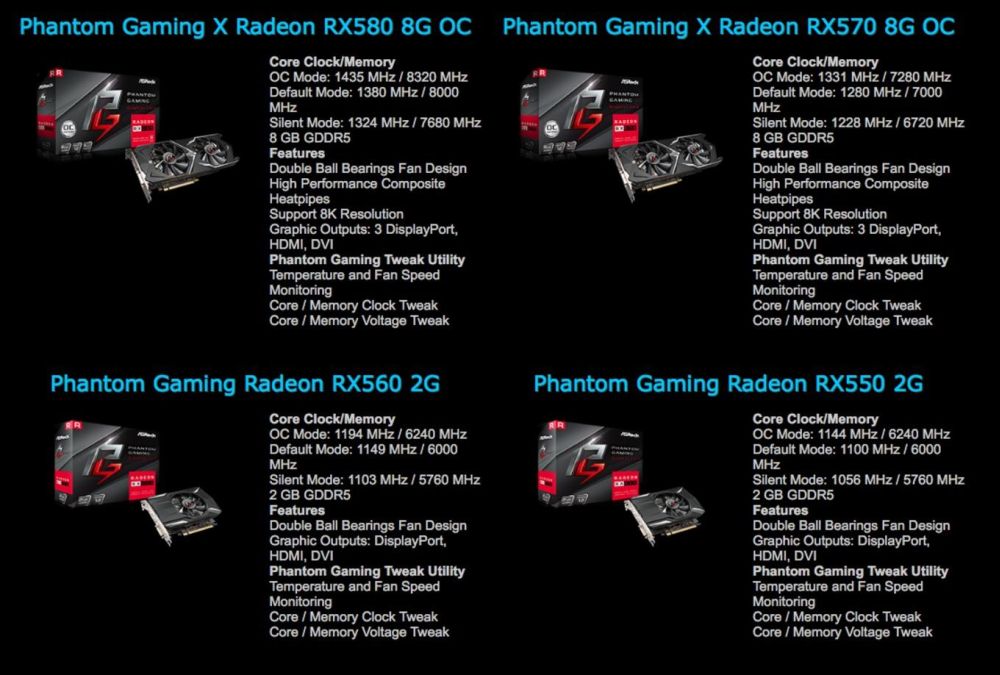 Targeting the crypto-mining market as well

Although the name suggests that ASRock is targeting gamers with its Phantom Gaming lineup, the fact that they are focusing on Radeon RX 500 series lineup as well as a leaked slide, originally spotted by Videocardz, which clearly uses mining as the targeted segment, suggest that ASRock wants a piece of that market as well. Of course, ASRock Phantom Gaming series graphics cards still come with all the usual display connectors so they'll work for both market segments. 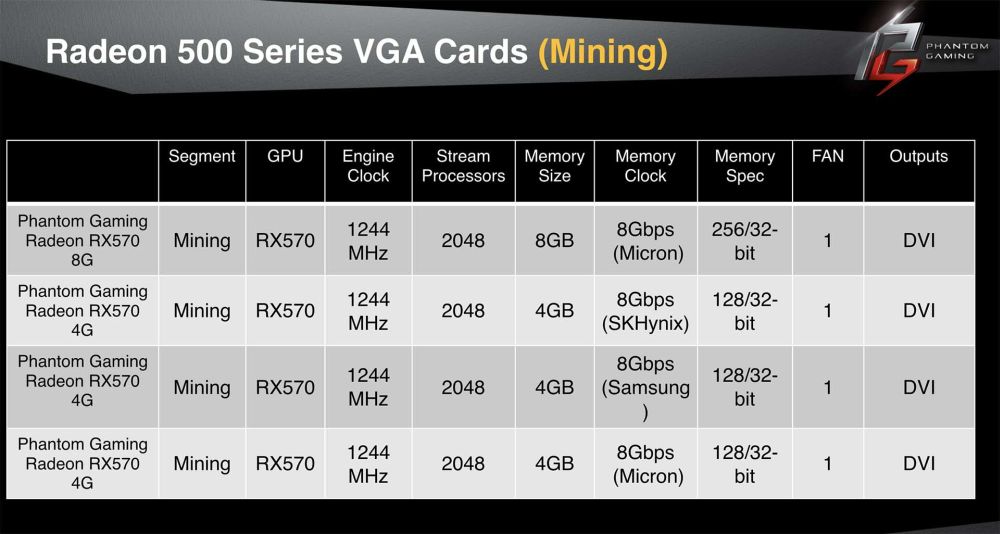 Unfortunately, ASRock did not reveal any details regarding the price or the availability date so we'll have to wait for them to start appearing on retail/e-tail shelves, at least unless big miners get ahead of the supply chain. 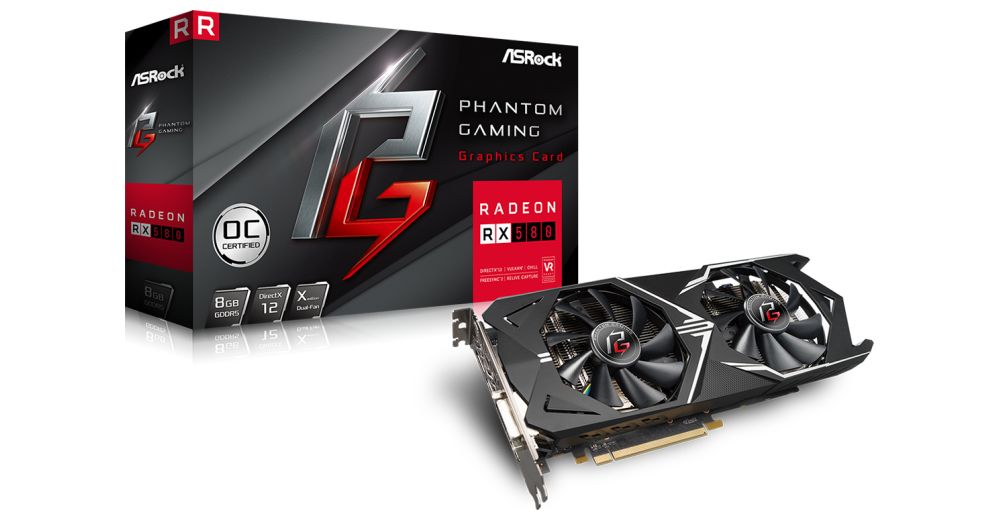 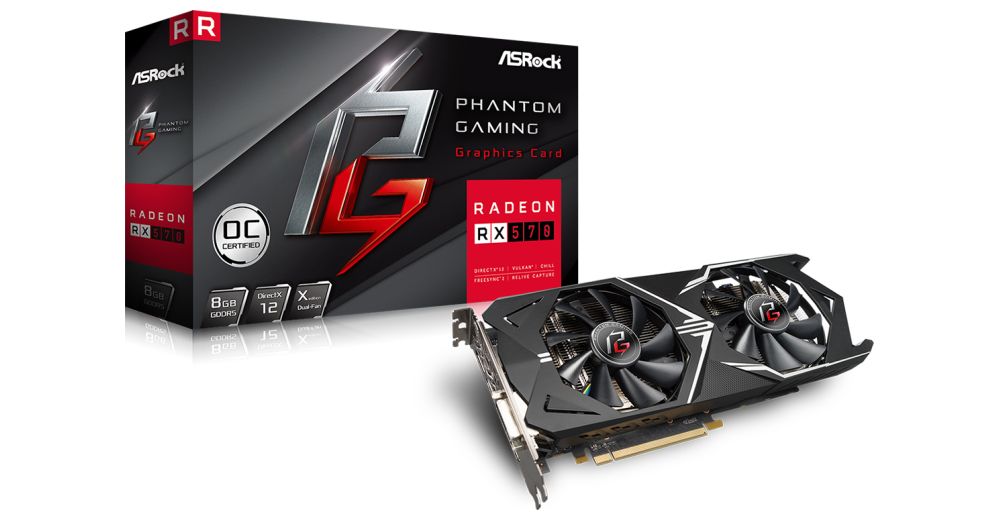 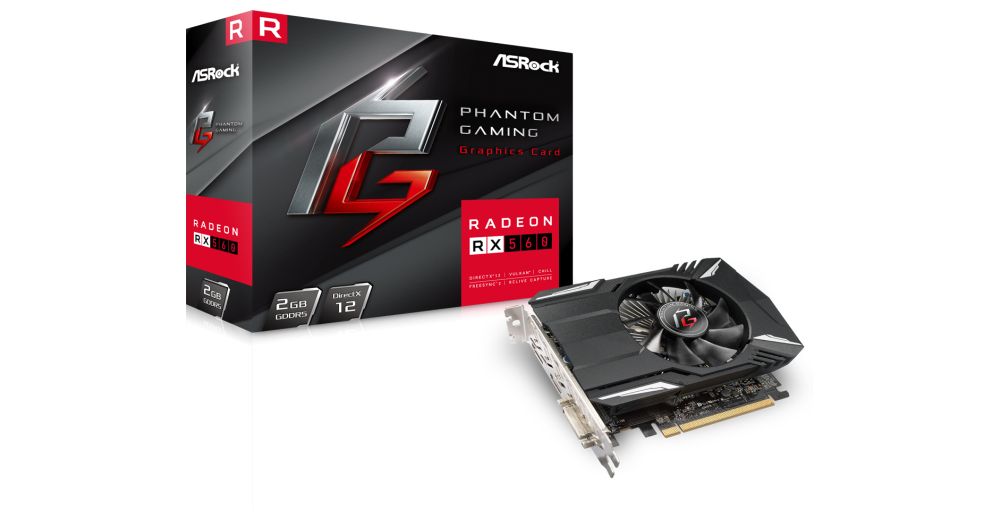 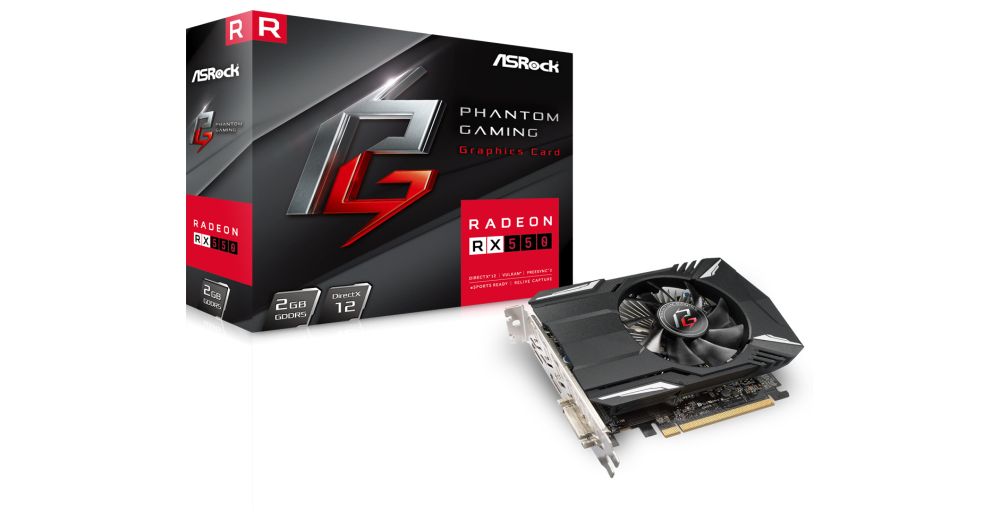