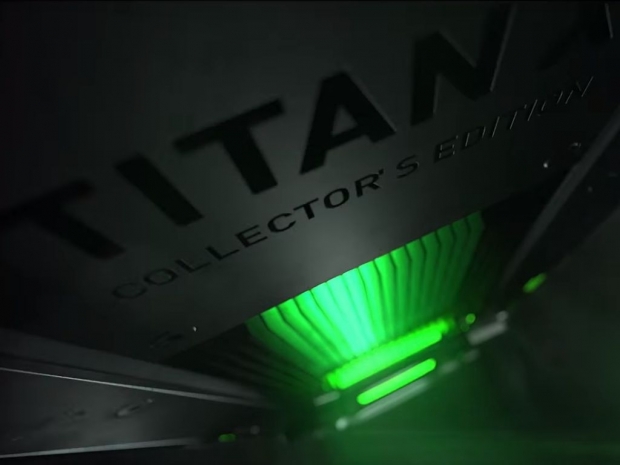 Nvidia has released a rather enigmatic and short video teaser with a brief glimpse at the Titan X Collector’s Edition sign on the shroud.

It did not take long for the press to pick it up, which gave birth to some interesting speculation, ranging from the new cooler, cooler with RGB lights, higher clocks, GDDR6 memory, GP100 GPU with HBM2 to even the Volta GPU, with last two being highly unlikely.

Since the Titan Xp already uses a fully enabled GP102 GPU with 3840 CUDA cores and 12GB of GDDR5X memory, we suspect that a higher GPU and/or memory clock, as well as a new "special edition" cooler, are the most likely candidates.

Hopefully, Nvidia's official announcement is not far behind and we will get some details soon and you can check out the video below. Hopefully.

Last modified on 04 November 2017
Rate this item
(0 votes)
Tagged under
More in this category: « XFX teases upcoming custom RX Vega graphics card Intel announces it will use Vega for notebooks »
back to top