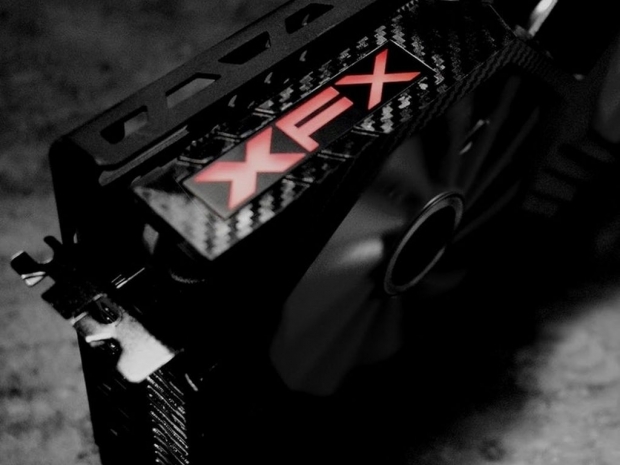 XFX has been known for some quite impressive AMD custom graphics cards and it appears that the company is working on a custom version of the RX Vega.

Although there are no precise details regarding the pictured card, spotted by Videocardz.com, and we still do not know if this is a custom version of the RX Vega 56 or RX Vega 64, or if it will be used for both, we get to see in which direction XFX is going.

The large dual-heatsink, dual-fan cooler has been placed on top of a short PCB, which should give additional cooling performance but also leaves the 8+6-pin PCIe connectors in the middle of the card (which suggest that this is the RX Vega 56). This is a rather interesting approach but might be a problem when it comes to cable management.

The cooler also comes with a full cover backplate, which somewhat limits the airflow of the second fan but should provide rigidity to the who card, especially with that huge heatsink in the front.

The pictured card also has a LED-illuminated XFX logo at the top and it lacks the usual DVI output.

Hopefully, XFX and other partners will be able to push their custom RX Vega graphics cards before the start of the holiday season but so far, it appears that limited supply and high demand are still plaguing AMD. 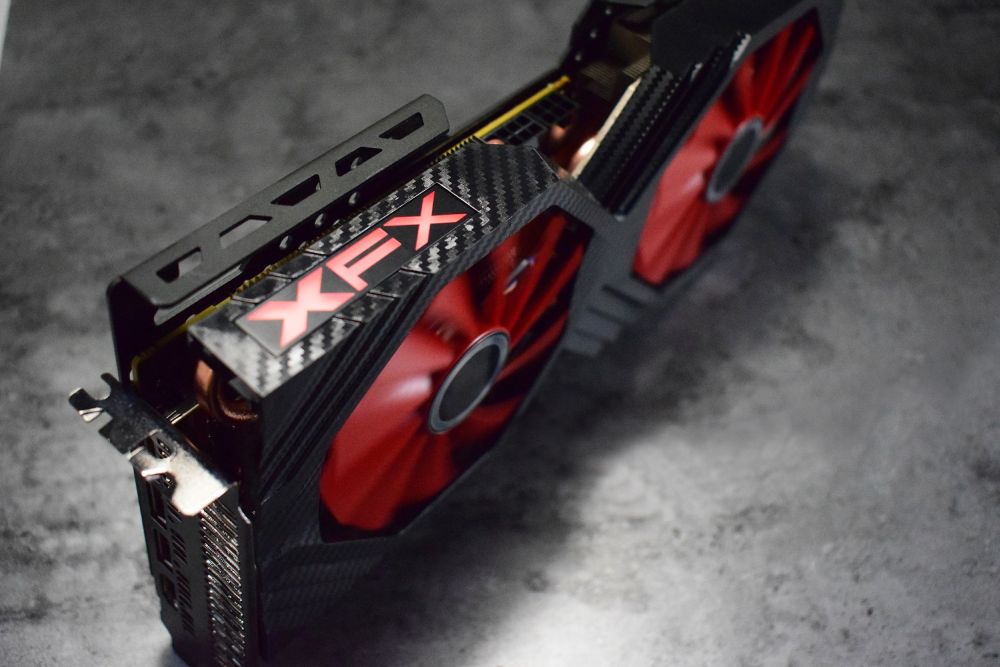 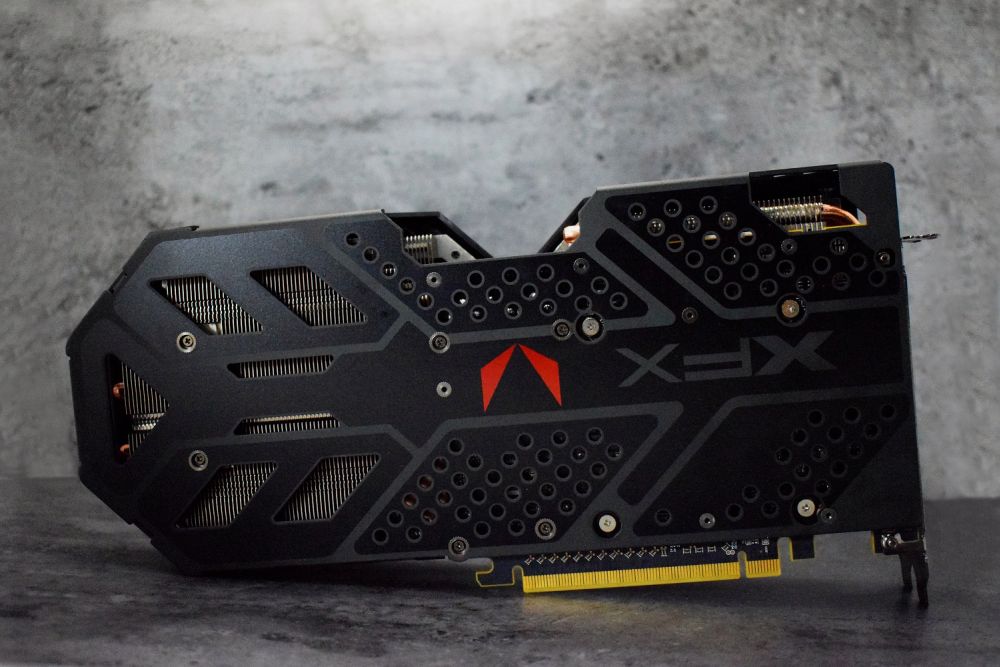