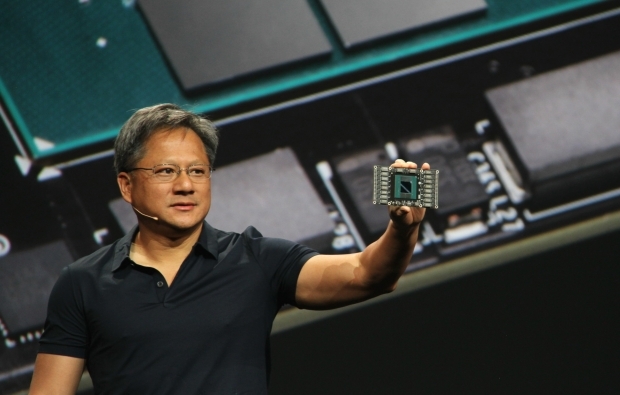 Nvidia Xavier, the next generation Tegra focused on self-driving, is almost taped out.

This was confirmed by CEO of Nvidia at the GPU Technology Conference Europe that is currently taking a place in Munich, Germany.

He didn’t go into any specifics but we should expect it very soon. Jensen calls Xavier the world's first autonomous machine processor that will do well in deep learning, computer vision and parallel computing. So this is not only a self-driving only chip anymore, it will focus on new areas such as Isaac robot platform and probably some drones too.

The SoC has a rich high-speed sensor ins and outs and according to Nvidia, it should be extremely efficient. 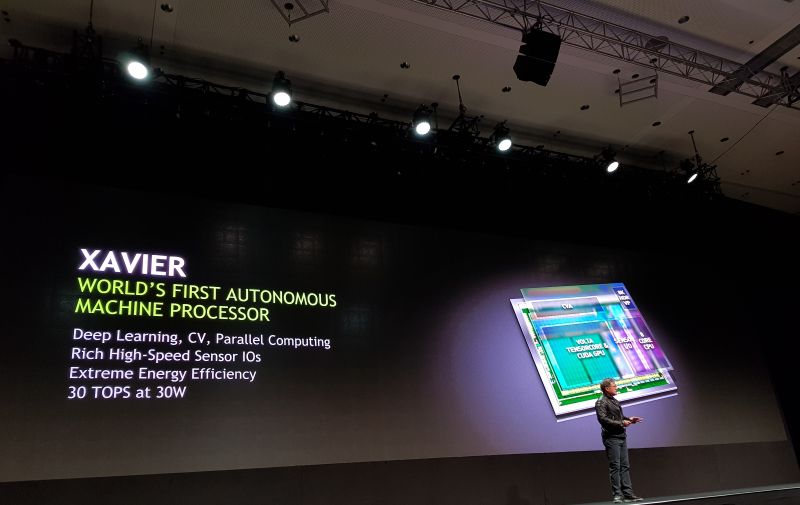 Roughly a year ago at GTC Europe, Jensen announced that Xavier will have a new Volta based GPU, a custom 8 core CPU architecture a new computer vision acceleration and 20 Teraflops of performance. He also said that the Volta based GPU has 512 cores and 8K HDR Visual processor.

This SoC definitely won’t fit into any future tablet, these times are over and this is simply not profitable enough for Nvidia. The company can make much more money selling an  autonomous driving solution or a robot / drone solution than it can make from tablets and phones.

It looks like  Nvidia is still on schedule. A year ago Jensen said that the company plans to sample in Q4 2017 to tier one suppliers,  startups and research institutions who are developing self-driving cars.

This 16nm, 7 billion transistor SoC is right around the corner.

Last modified on 10 October 2017
Rate this item
(0 votes)
Tagged under
More in this category: « Nvidia Tensor RT 3 speeds up inferencing by 100X Nvidia announces self driving Pegasus »
back to top