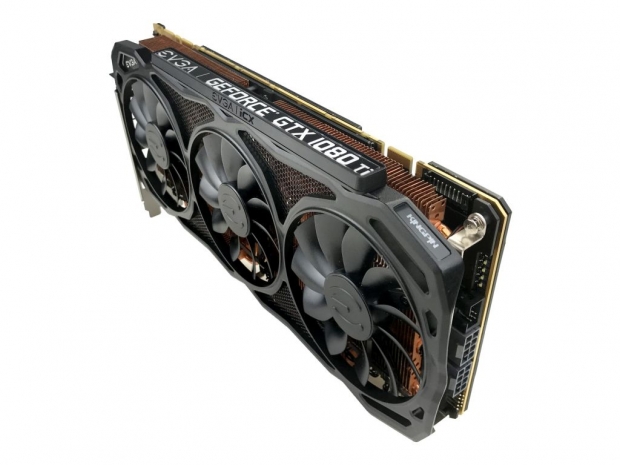 Cream of the "overclocking" crop

Based on a custom edge-plated PCB, which is all about overclocking friendl features like right edge PCIe power and EVBot connectors and highly efficient digital VRM, which draws power from two 8-pin PCIe power connectors, the K|ngp|n Edition marked GTX 1080 Ti from EVGA hits a guaranteed 2025+MHz overclock, and even more if you are a serious overclocker. 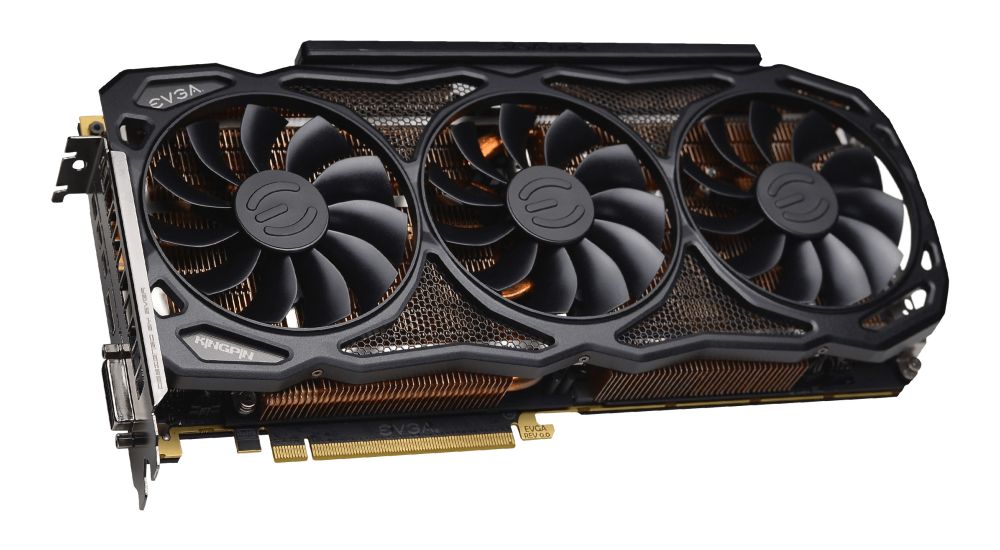 In case you aren't going to fit an LN2 block on top of it, EVGA equipped the new GeForce GTX 1080 Ti K|NGP|N Edition with its iCX 3.0 dual-slot triple-fan cooler, which should hit the guaranteed frequency.

EVGA's Jacob Freeman already tweeted a picture which shows the GTX 1080 Ti K|NGP|N Edition running at a GPU clock of 2404MHz, which is already an impressive score.

Unfortunately, EVGA was not willing to talk about the price of the new GTX 1080 Ti K|NGP|N Edition, but did say that it should be available in July.

Hardwareluxx.de had a chance to spend some alone time with the new card from EVGA and have plenty of detailed pictures. 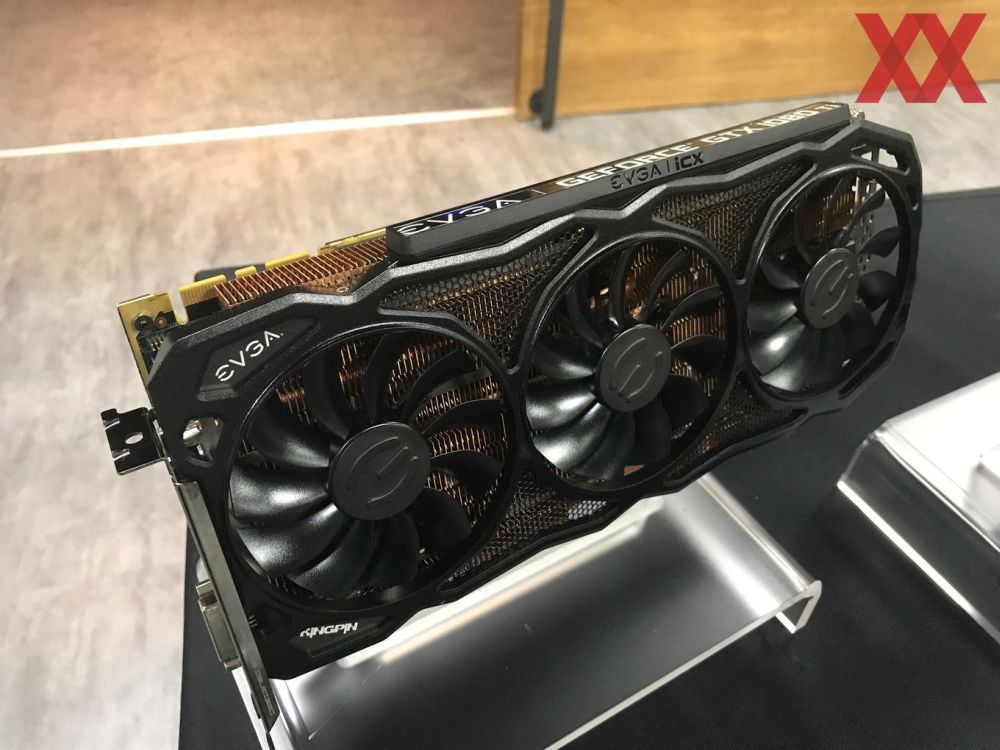 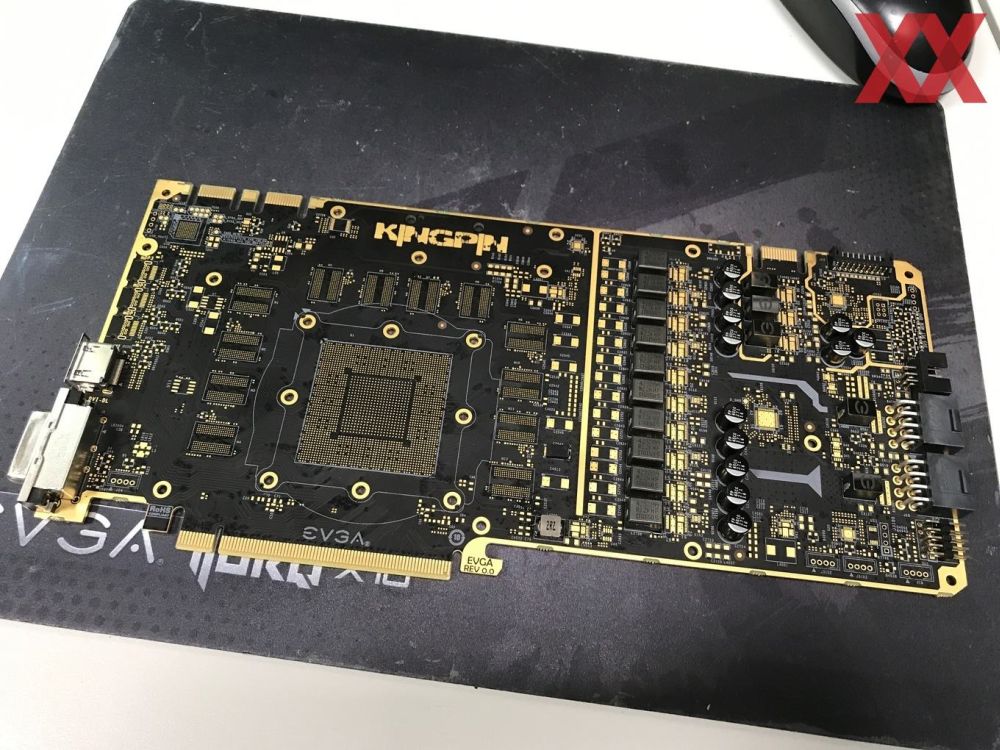 Last modified on 01 June 2017
Rate this item
(0 votes)
Tagged under
More in this category: « AMD's Vega GPU is late Intel with integrated Radeon is for Apple »
back to top