Intel with integrated Radeon is for Apple 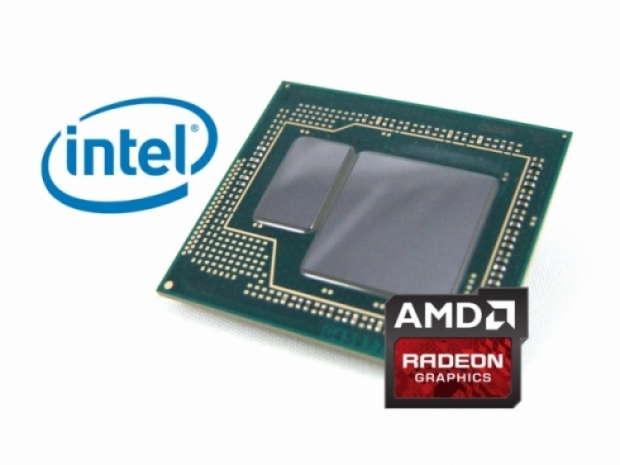 To be offered to other notebook manufacturers

Fudzilla has already mentioned the existence of an Intel based CPU with Radeon graphics. Our sources are very confident that Apple is the company behind this order.

We called this deal licensing, that led to many false conclusions, but if Intel wants to use Radeon graphics it implies that there is some deal/license/cross license in place.

Apple doesn’t want to use Nvidia graphics in any of its products and it currently only uses Radeon based GPUs discrete form for both its desktops and notebooks. It turns out that a whole integrated solution with Intel CPU and Radeon graphics is something that Apple was very interested in.

An industry veteran, once the CEO of ATI Technology, explained to me back in 2007 why AMD needed to integrate the Radeon core on its CPU. If you have been with us for a while, this became known as Fusion. It all comes down to the fact that an integrated solution is cheaper, and the thermal envelope goes down.

A notebook with an Intel CPU and Radeon graphics will simply be more powerful and performance-per-watt efficient than a notebook with discrete CPU and discrete Radeon GPU. More importantly, the price of the APU – an all integrated CPU with a GPU - will be much lower than for two separate chips.

It also enables a smaller and cheaper motherboard. Apple is likely to be the first company to announce an Intel based CPU powered with Radeon graphics and Intel should pitch this project to other manufacturers too. We have heard that many people call this Kaby Lake - G, something that Bench Life mentioned in April this year.