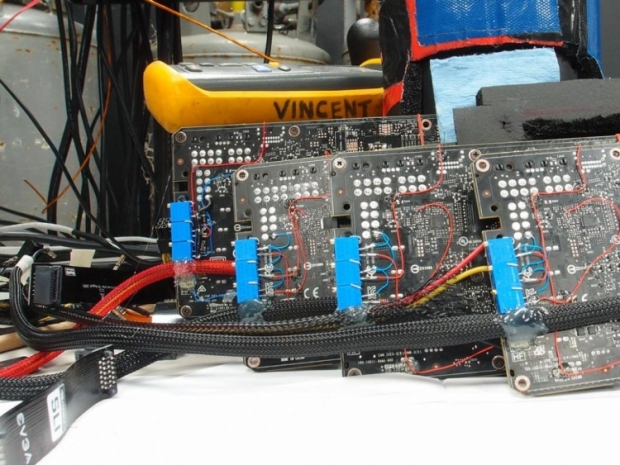 Just a week after he managed to break some world records with EVGA GTX 1080 Ti clocked at over 2.5GHz, Vince K|ngp|n Lucido, a well-known overclocker, managed to push the same GPU over 3GHz.

While we still do not have any official results from the usual benchmarks, a screenshot posted on Facebook by both Vince and EVGA, shows the EVGA GTX 1080 Ti FE running at 3,024MHz with memory clock set at 6,003MHz.

While this overclock was done while the GPU was cooled by LN2 and such clocks won't be seen by an average user, it is still impressive to see how far these GPUs can be actually overclocked. To make things even more impressive, it appears that Vince thinks there is still some overclocking headroom left. We suspect that Vince was using the same configuration from last week with heavily overclocked and LN2 cooled Intel Core i7-6950X on the EVGA X99 motherboard.

Hopefully, the overclock is stable and we will see some benchmark results with the GTX 1080 Ti running at over 3GHz, as this will even push the overclocking records which Vince broke last week even further. 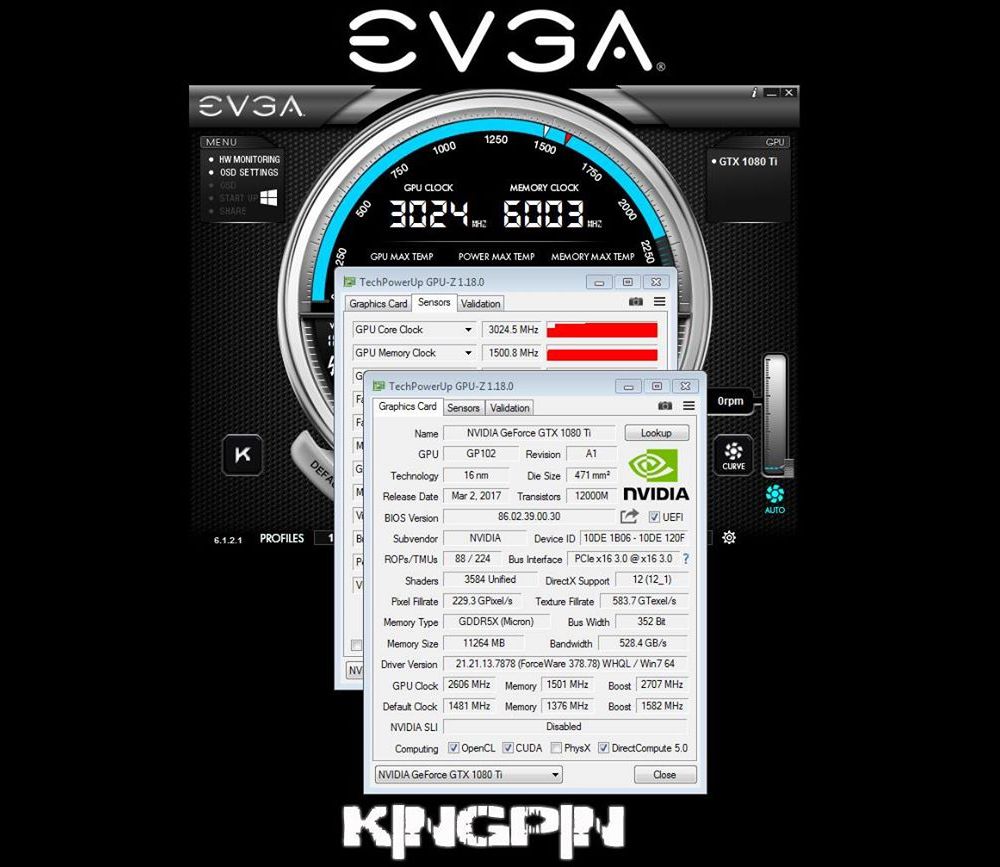