Nvidia has launched a rather interesting PC Gaming Revival Kit, which bundles a graphics card, an SSD, a 450W PSU, a game and a t-shirt, all packed in a neat box and promises to "transform your computer into a real Gaming PC".

Spotted in Spanish retail/e-tail by Videocardz.com, the bundle sounds great and should provide the advertised average of 40FPS+ in some games with a reasonable amount of effects and 1080p resolution.

Unfortunately, when those exact parts and their lowest prices are combined from some European shops, you pretty much end up at around €400, including shipping costs, which does not work in Nvidia's favor or make the PC Gaming Revival Kit box a great deal. Of course, it is good if you were looking to upgrade to similar components anyway.

The kit was currently only spotted in Spain and it is still not clear if the similar bundle will be available for the rest of the world or even rest of Europe. 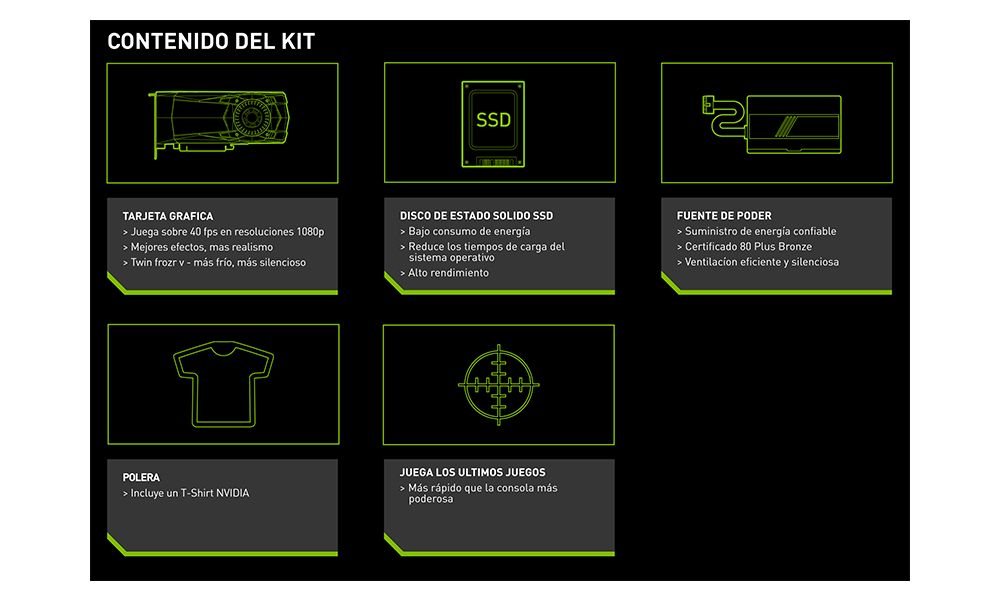 Rate this item
(0 votes)
Tagged under
More in this category: « The Division DirectX 12 patch gives boost to AMD GPUs Galax makes a thin Geforce GTX 1070 »
back to top