Nvidia's Game Ready drivers fail to live up to billing 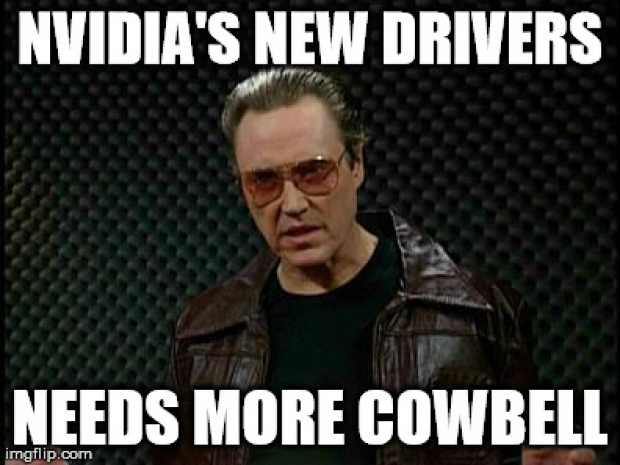 Nvidia latest “Game Ready” drivers have been rolled out but it is probably best for users to spurn version 375.86 coming through the GeForce Experience app as if it were a rabid dog.

Serious issues are being reported by users which make the title "Game Ready" look a little like wishful thinking.

Nvidia's “Game Ready” drivers are designed to optimise user experience and ensure that gamers get the best graphics and frame rates.  However this release is as dangerious as shark infested pea soup.

The new drivers were supposed to be optimized for Battlefield 1, Civilization VI and The Division, but users who have downloaded the GeForce 375.86 WHQL drivers experienced heavy flickering inside of games, including those not targeted by this release. The GPU clocks now seem to be stuck at 810 Mhz which decreasing performance.  Users who have been plagued by these problems seem can only fix them by rolling back the driver to an older version.

Nvidia has been doing badly with its drivers. Last month’s driver release brought Windows Start Menu problems, screen tearing and pixelated images when users tried to view videos or gifs. Nvidia needed two hotfixes to fix the problem, while some users needed a whole bottle of Gin before their nightmares were over.

Until Nvidia pulls its socks up you might want to have your system set to manual updates and wait to see how drivers react before installing them. Or you could investigate another GPU chipmaker, we are are sure that the comments below will suggest a few.