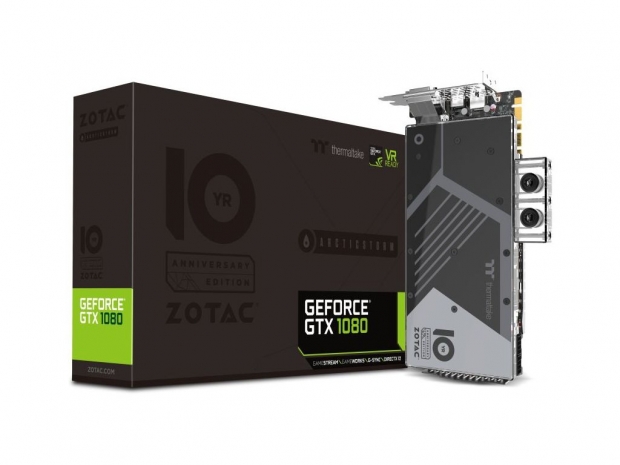 Zotac is celebrating its 10th anniversary in style, unveiling a couple of new products that will carry the 10th Anniversary Edition badge, including a custom liquid-cooled Geforce GTX 1080 made in cooperation with Thermaltake.

The PCB comes with a 16-phase VRM (instead of the standard 8+2 one), powered by two 8-pin PCIe power connectors.

Zotac really pulled all the stops for its 10th year anniversary unveiling quite a few new products with the same badge, including a special Magnus EN1080 mini-PC with GTX 1080, VR backpack system with GTX 1070, new Sonix 480GB PCIe SSD and the special GTX 1080 ArcticStorm.

Unfortunately, Zotac did not reveal any details regarding the actual price or the availability date but we will probably hear more about it soon. 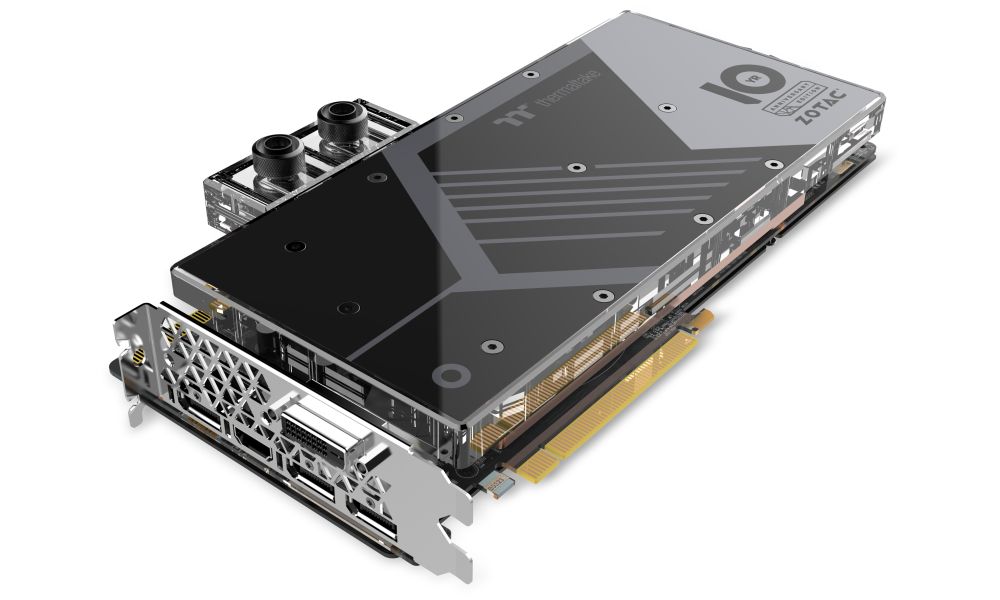 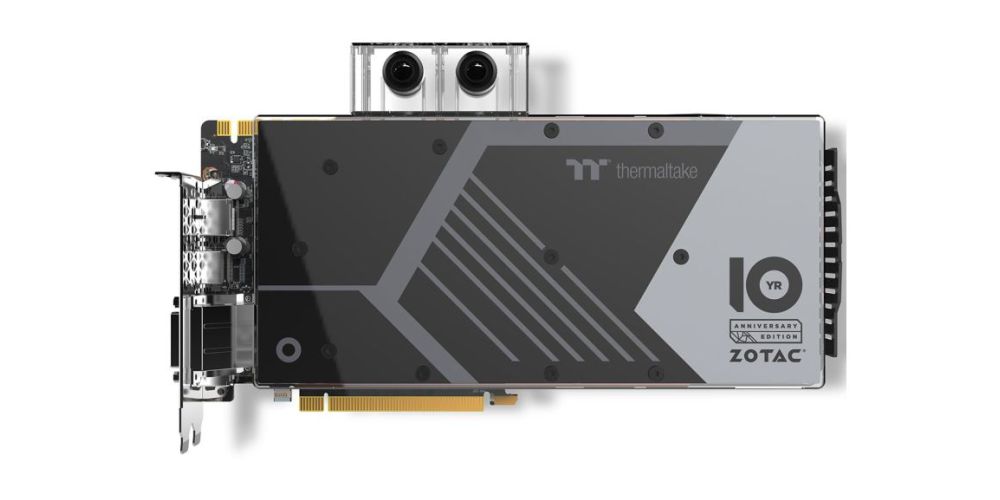 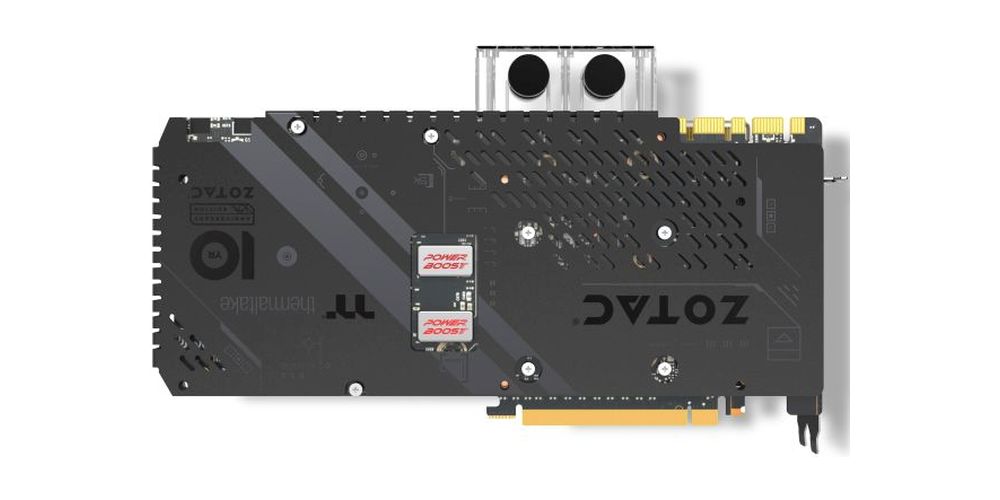