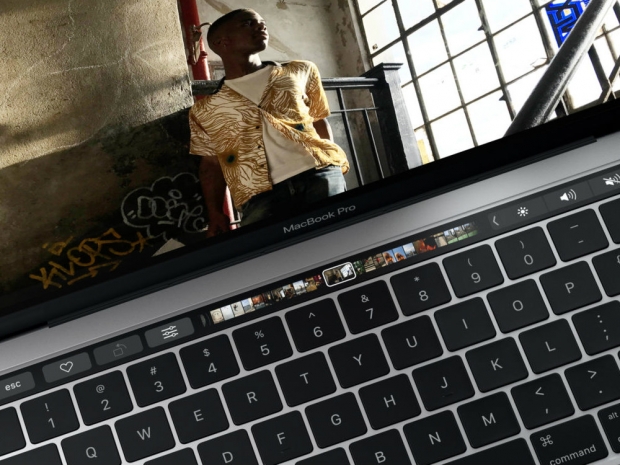 Apple signs up for Polaris

Apple has been an "Nvidia free" zone for ages and now it seems that AMD has scored another MacBook Pro 15 design win with its Polaris based Radeon Pro 400 series GPUs.

The 13 inch MacBook Pro still relies on its Intel integrated graphics and both 13 and 15 inch MacBooks use Skylake processors rather than Kaby Lake. Kaby Lake offers better multimedia and encoding performance and only marginal CPU performance improvements over Skylake.

AMD Radeon Pro 400 has three different GPUs in its two 15-inch MacBooks. Both SKUs have a magical Touch Bar with an integrated Touch ID sensor which is supposed to provide an “innovation” and moisten the loins of the pro-Apple tech press. The $2,399 priced MacBook Pro 15 uses the Radeon Pro 450 with 2GB of GDDR5 memory and by using automatic graphics switching it can use the Skylake integrated Intel HD Graphics 530. An AMD GPU should be enough to run the 15.4-inch LED-backlit display with IPS technology and 2880-by-1800 native resolution at 220 pixels per inch.

The $2,799 MacBook Pro SKU has the same display and slightly faster 2.7GHz Quad core, Core i7 Skylake CPU, 512 GB PCIe based SSD and a Radeon Pro 455 with 2GB of GDDR5 memory which supports automatic graphics switching with Intel HD Graphics 530.

According to the tech spec page, both MacBook Pro 15 SKUs can be also upgraded to AMD Radeon 460 Pro with 4GB of GDDR5 memory, as well as more PCIe SSD storage and faster CPU. According to the same page, it appears that the 13-inch MacBook Pro is just too small to be equipped with any dedicated graphics and will be sticking with Intel's Iris Graphics 540/550.

AMD claims that the Radeon Pro 400 Series Graphics are designed specifically for today’s content creators – the millions of artists, designers, photographers, filmmakers, visualisers and engineers who shape the modern content creation era. This should read AMD will help so many of today's wannabe creators to get to the point that they make some money with their over expensive MacBooks. AMD's secret sauce of getting the Macbook deal might be the fact that both the AMD CTO and a senior vice president and chief architect of Radeon Technologies Group worked at Apple.

The Radeon Pro 400 series features 14nm FinFET transistors that enable a ‘die thinning’ process to reduce the thickness of each wafer of silicon used in the processor from 780 microns to just 380 microns. This is slightly less than the thickness of four pieces of paper. Polaris doubles performance per watt over previous AMD generation.

AMD claims that the 15-inch Apple MacBook Pro featuring Radeon Pro Graphics is up to 130 percent faster but we are unsure what it is comparing itself to.

“We couldn’t be more proud to have Radeon Pro 400 Series Graphics launching in the new 15-inch MacBook Pro, a notebook designed for performance and creativity. Today there are millions of professional creators and designers, and a billion more who aspire to reach the next level. Radeon Pro 400 Series Graphics are a powerful and versatile creative technology that gives makers entirely new ways to create the art of the impossible no matter where they are.”

AMD came up with an animated gif below to show the strengths of its design win.