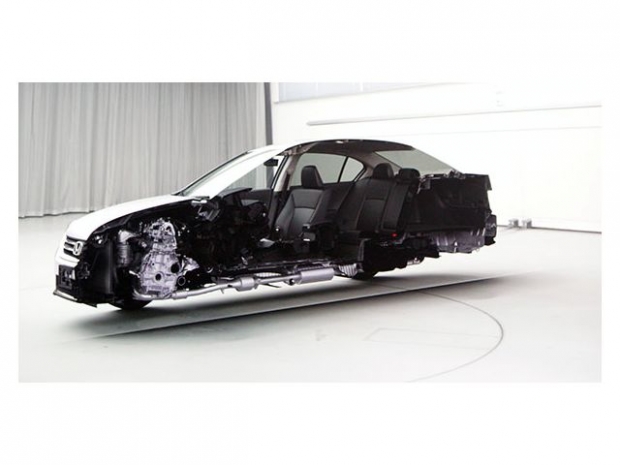 Nvidia showed us an awesome demo of a completely rendered Nissan car with 100s of thousand parts in VR that meant we could see inside the car. It was possible to see millions of details inside the car, even before it is manufactured.  This could well change the way cars are designed in the future.

The demo was rendered at 90 FPS and looked great as we could sit inside on the passenger seat (in virtual reality) and check how it looks and feels. The picture we used for the article is actually a picture of a Honda that Nvidia demonstrated back at GTC 2014, but this was the closest that we could get to approximate what we could see inside of the car.

The demo had another great option called  Xray vision that let you look inside of the hood, the doors, engine and see all the parts. The demo could even magnify the doors or engine and let you see  valves many times larger than in real life.

Virtual Reality will become a good tool in car design and manufacturing as it will give a good three-dimensional vision of the future car.

The demo had an option to take the 100,000 part car into a few different dimensions, to show you that everything was rendered. It could remove all the metal parts, isolate only the plastic parts or isolate the car body of the engine.

We could not take any pictures or videos due to industry trade secrets rules but if you’re in the car industry, believe us, you will want to get one of these as soon as possible.