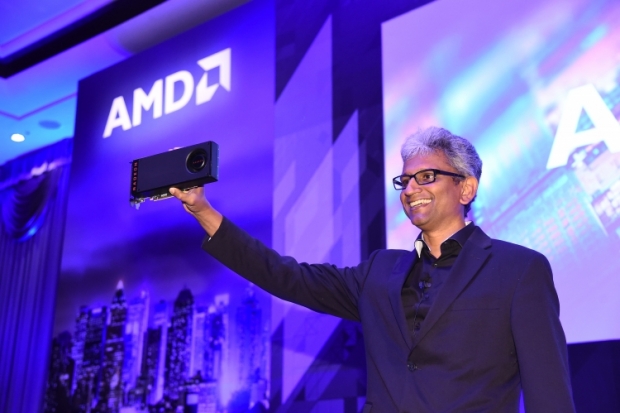 Figures from Mercury and JPR

AMD has been on the blower to point out that figures from Mercury and Jon Peddie Research show that it has been growing market share for the fourth consecutive quarter.

A spokesAMD said that for the last nine months, AMD has got its mojo back through its Radeon Technologies Group. During that time, the company has made significant investments in hardware, marketing, and software for the graphics line-up leading to four straight quarters of market share growth.

In total discrete graphics, AMD gained 4.8 share points to 34.2 per cent of market by unit volume (based on Mercury Research). In desktop discrete sector, AMD saw a 7.3 share point increase, rising to 29.9 per cent market share.

“This is another positive testament AMD’s strategy is working as the company drives forward towards “Vega” offerings for the enthusiast GPU market, which AMD expects to bring to market in 2017 to complement our current generation of “Polaris” products,” the spokesperson said.

“AMD believes it is well positioned to continue this trend in market share gains with the recently launched Radeon RX 480, 470, and 460 GPUs that bring leadership performance and features to the nearly 85 per cent of enthusiasts who buy a GPU priced between $100 and $300,” she added.