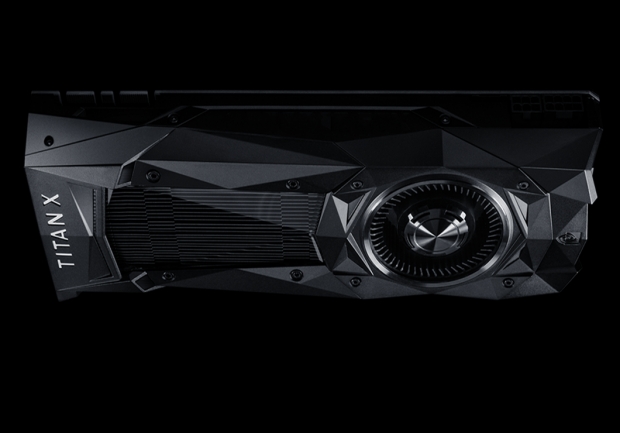 All the irresponsible power you can eat

Nvidia’s Titan X Pascal is out on the streets from today and the chip is being talked up on GeForce.com site.

When we say talked up we mean it, apparently the chip has an “irresponsible amount of power”.

“We packed the most raw horsepower we possibly could into this GPU. Driven by 3584 NVIDIA CUDA cores running at 1.5GHz, TITAN X packs 11 TFLOPs of brute force. Plus it’s armed with 12 GB of GDDR5X memory – one of the fastest memory technologies in the world,” the site enthuses.

Titan was supposed to bridge the gap between the consumer-centric GeForce lineup and pricier Quadro professional cards. Nvidia launched this card during an AI meetup in San Francisco which is odd really. With 44 TOPS INT8 performance, a new deep learning inferencing instruction, it should be headed to neural networks and machine learning rather than AI.

It has 12GB of next-gen GDDR5X memory clocked at 10Gbps which is connected to the GPU over a 384-bit bus providing 480GBps memory bandwidth aided by Pascal’s new delta colour compression system.

Nvidia’s not providing any additional architectural details about the new “GP102” processor inside the Titan X. What it is saying is that Titan X Pascal will offer 60 percent greater performance than the previous Titan X. This should mean that it can play most top games at 60fps with high settings at 4K resolution.

The Titan X Pascal uses 250 watts of power which was pretty much the same as the original Titan X. It needs 8 and 6-pin power connectors. The two-slot card measures 10.5-inches long by 4.376-inches and has a DVI-D, an HDMI 2.0b port, and three DisplayPort 1.4 connections.

There appears to be the same vapour chamber cooling with a blower-style fan as seen in the GTX 1080. This time the angular metal shroud is black.

Nvidia will be the only manufacturer, so consumers in North America and Europe will have to buy the Titan X Pascal from GeForce.com. It will cost $1,200.

Last modified on 02 August 2016
Rate this item
(14 votes)
Tagged under
More in this category: « Vulcan Next plans being drawn up Nvidia doing well in automotive »
back to top