MSI defends use of software souped up review cards 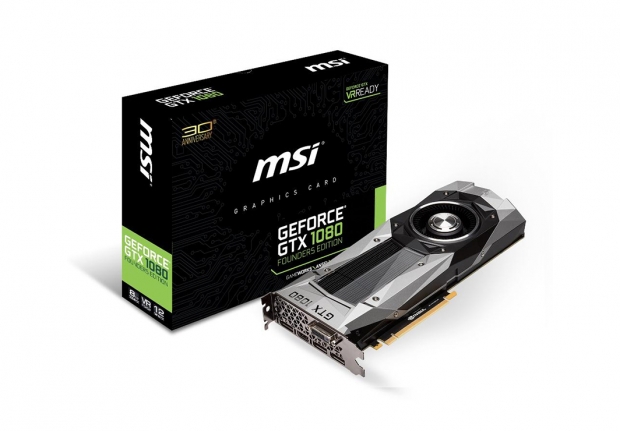 MSI has replied to TechPowerUp claims it has caught out MSI it out sending out review graphics cards with higher clock speeds out of the box.

We reported that the the cards run a higher software-defined clock speed profile than what consumers would hope to see. While Consumers have access to the higher clock speed profile, too, they would have to install a custom app to enable it. MSI's factory-overclocked GeForce GTX 1080 Gaming X graphics card has three software-defined clock-speed profiles. There is "Gaming Mode" which the card runs at by default. Then there is a faster "OC mode," and the slower "Silent mode," which runs the card at reference clock speeds.

Retail cards are set to ‘Gaming Mode’ by default, which offers the best Performance per Watt, while still giving close to ‘OC Mode’ in-game performance. In order to enjoy the best performance and all features of MSI GAMING products, we highly recommend to use the MSI Gaming App which is available for free on MSI.com and the driver CD. The MSI Gaming App allows you to apply one of three performance profiles with a single click, instantly giving you the desired performance.

As several reviewers have stated, software like the MSI Gaming App is often not used in reviews. This is why review samples of the MSI GeForce GTX 1080 and GTX 1070 GAMING X graphics cards are set to ‘OC Mode’ to ensure that reviews demonstrate the same performance available through the MSI Gaming App. The award winning TWIN FROZR VI cooling is designed to handle each performance profile flawlessly, giving you the lowest noise in the industry and consistent performance so gamers can focus on their gameplay.

For those who prefer not to use the MSI Gaming App but still want to enjoy the same ‘OC Mode’ performance by default, we have released an alternative vBIOS with ‘OC Mode’ enabled by default.

So now you know.