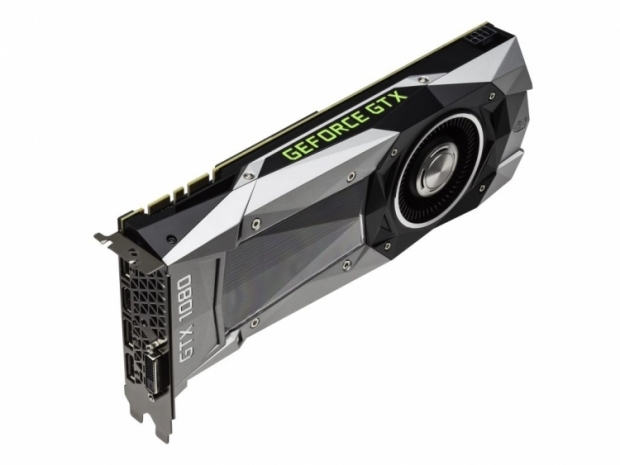 EVGA keen to note that they are not on the list

It appears that some Nvidia AIB partners, namely, MSI and Asus (at least for now), have been caught with review samples of GTX 1080 graphics cards that are actually clocked higher than the same version that can be found on retail/e-tail shelves.

According to a couple of reports around the net, including one coming from Damien Triolet from Hardware.fr, both the MSI factory-overclocked Geforce GTX 1080 Gaming X, which was reviewed by Techpowerup.com and had the same issue, and the Asus GTX 1080 Strix have been sent out with different and higher GPU clocks than those that are enabled out-of-the-box on those same graphics cards that can be bought from retail/e-tail.

The MSI factory-overclocked Geforce GTX 1080 Gaming X has three clock speed profiles, Gaming, OC and Silent mode, all three enabled via software, while the Asus GTX 1080 Strix has a similar thing with two profiles, standard and overclocked. The OC mode on the MSI GTX 1080 Gaming X pushes the card to 1708MHz for the GPU base and 1847MHz for the GPU boost but the actual retail card has the Gaming profile enabled by default. The reviewed Asus GTX 1080 Strix graphics cards worked at 1785MHz for review samples and 1759MHz when you get it from retail/e-tail shelf.

Both the MSI and ASUS have issued statements saying that those graphics cards have a special OC mode that can be enabled via software but do not work at those clocks from the box so it is not a big issue for consumers as you only need to install the software in order to run them at those same clocks. According to ASUS and MSI, these modes were simply enabled by default on review samples to make life easier for reviewers.

EVGA was quite keen to note that it was one of the first Nvidia AIB partners to offer factory-overclocked graphics cards and that the company has always delivered the exact same products to both reviews as well as customers and with its SuperClocked, FTW and Classified, "what you see is what you get".

While this is not a big difference or a big issue since you can actually enable those modes via software, some buyers might feel tricked as these won't get them the same clocks as they seen in reviews. The same issue might be seen with upcoming GTX 1070 series graphics cards but there haven't been any reports so far.