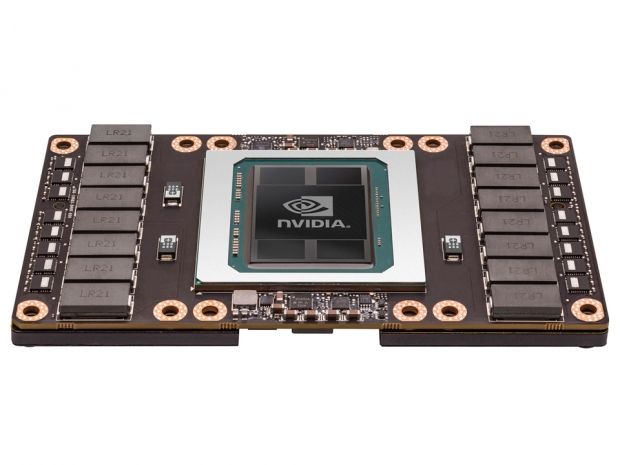 According to Nvidia’s full list, the current GP100 chip will have a total of 19 SKUs aside from the current Tesla P100 Data Center Accelerator. The device IDs have three descriptors – “GP100GL-A,” “GP100-B” and “GP100GL-B” – and these can range from new Quadro units, new Tesla units, new GRID units and possibly even some consumer Geforce cards. 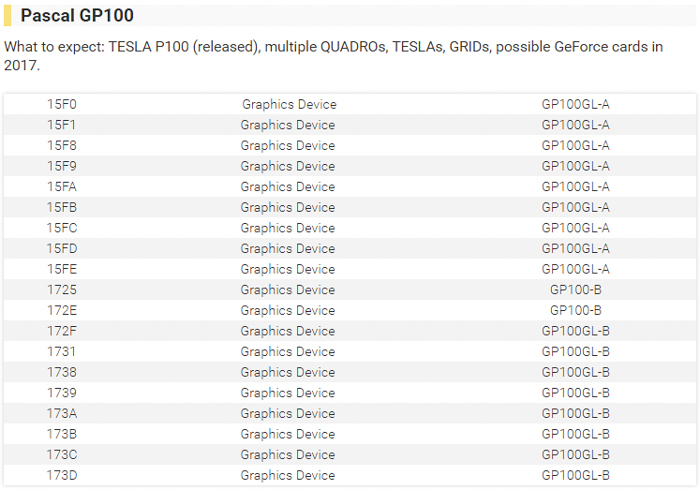 Going down into the performance midrange market, Nvidia plans to release 9 new SKUs based on Pascal GP106. These can include a variety of new desktop and mobile Geforce GPUs along with at least one Quadro card. The device IDs have four descriptors – “GP106-A,” “GP106GL-A,” “GP106-B” and “GP106GL-B” – and we can expect the upcoming Geforce GTX 1060 and Geforce GTX 1060M to be listed under this codename family.

In the standard midrange market, there will be 7 new SKUs based on Pascal GP107. The device IDs have three descriptors – “GP107-A,” “GP107GL-A” and “GP107-B” – and we can expect the Geforce GTX 1050 and Geforce GTX 1050M to be listed under this codename family, along with three new Quadro cards.

Finally at the upper entry-level range, there will be a single new SKU based on Pascal GP108. The device ID descriptor is “GP108-A” and is expected to include the upcoming Geforce GTX 1040 and Geforce GTX 1040M.

The AIDA64 development team notes that the original list contains a few Maxwell-based cards as well, and these are labeled “GMxxx-B” cards. It is possible that these “B” chips are second-generation, optimized versions of the original Maxwell-based GM200 chip in the event that Pascal was somehow delayed due to yields or other issues. According to the most recent company earnings call, CEO Jen-Hsun Huang claims that Pascal yields are “good” and that TSMC “has yields under great control.”

Last modified on 28 May 2016
Rate this item
(16 votes)
Tagged under
More in this category: « Alleged AMD Polaris 10 benchmarks show up EVGA working on at least one custom GTX 1080 »
back to top