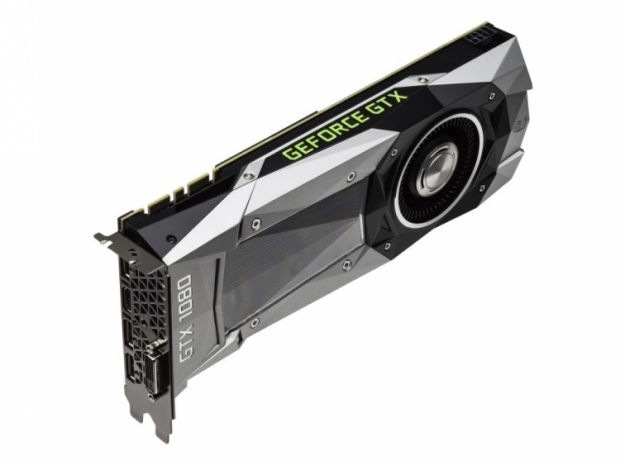 Just a couple of days before the official reviews are scheduled to appear online, we have some of the first alleged 3DMark scores of the Geforce GTX 1080, as well as some overclocking results, showing that the GTX 1080 is not only well ahead of GTX Titan X, GTX 980 Ti and Radeon R9 Fury X but also has an impressive overclocking potential.

Leaked by Videocardz.com, the benchmark results include 3DMark 11 Performance and Extreme as well as 3DMark FireStrike Performance, Extreme and Ultra benchmark preset scores on reference clocks as well as 3DMark FireStrike results when the GTX 1080 is overclocked to an impressive GPU clock of 2114MHz. The 2114MHz GPU clock is actually 381MHz higher than reference 1733MHz Boost GPU clock, which is certainly a great result and suggest that we will see some high factory-overclock versions from Nvidia AiB partners at Computex 2016 show.

Of coruse, these are just a first leaked benchmark results so take them with a grain of salt as official reviews are just around the corner. 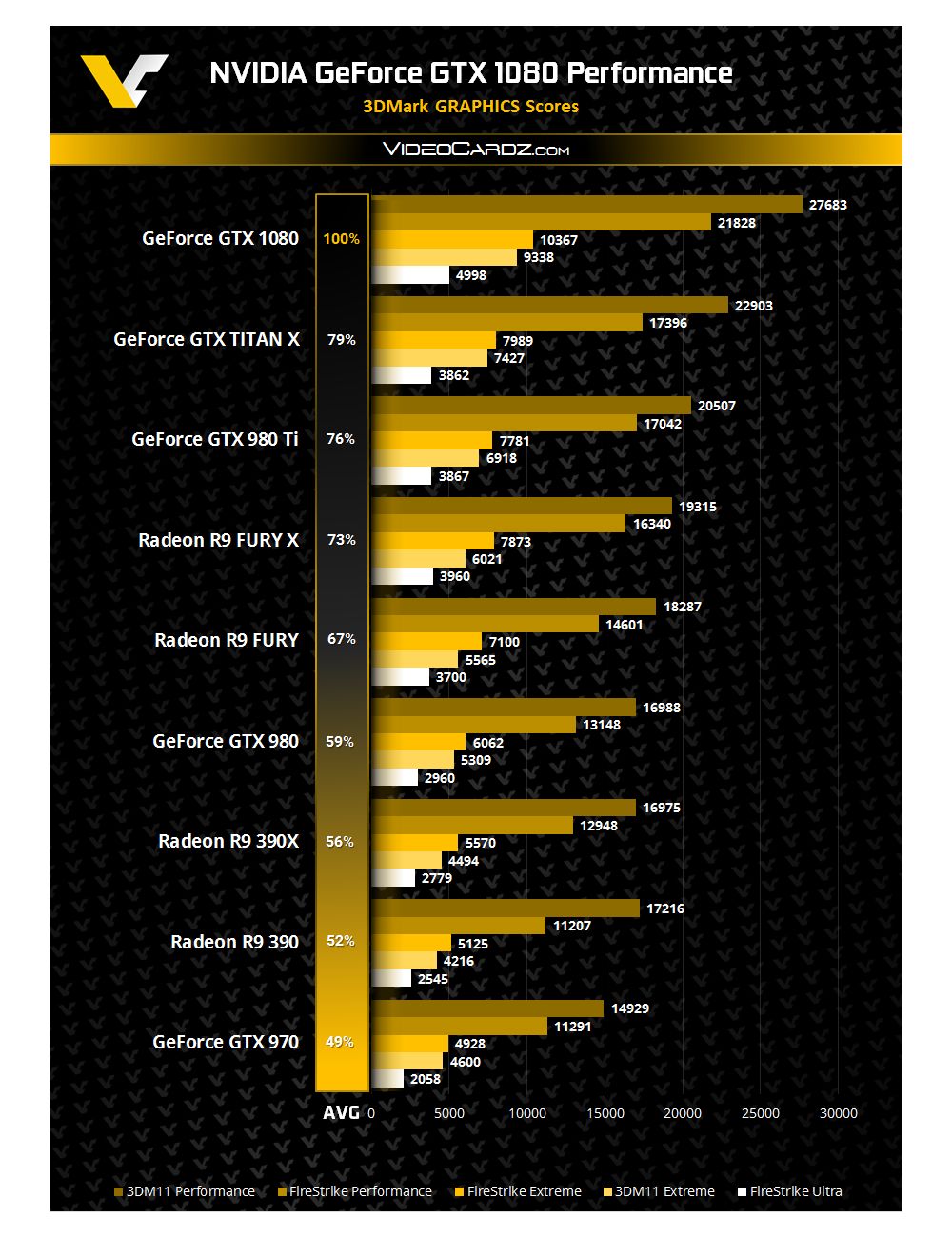 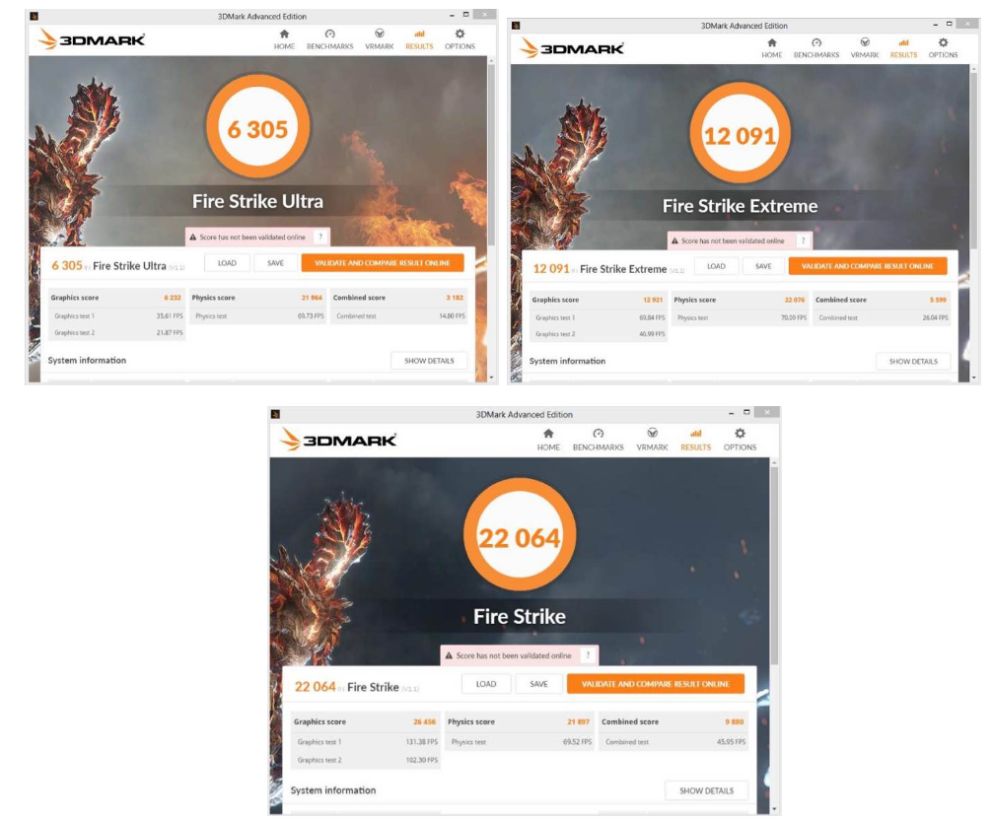 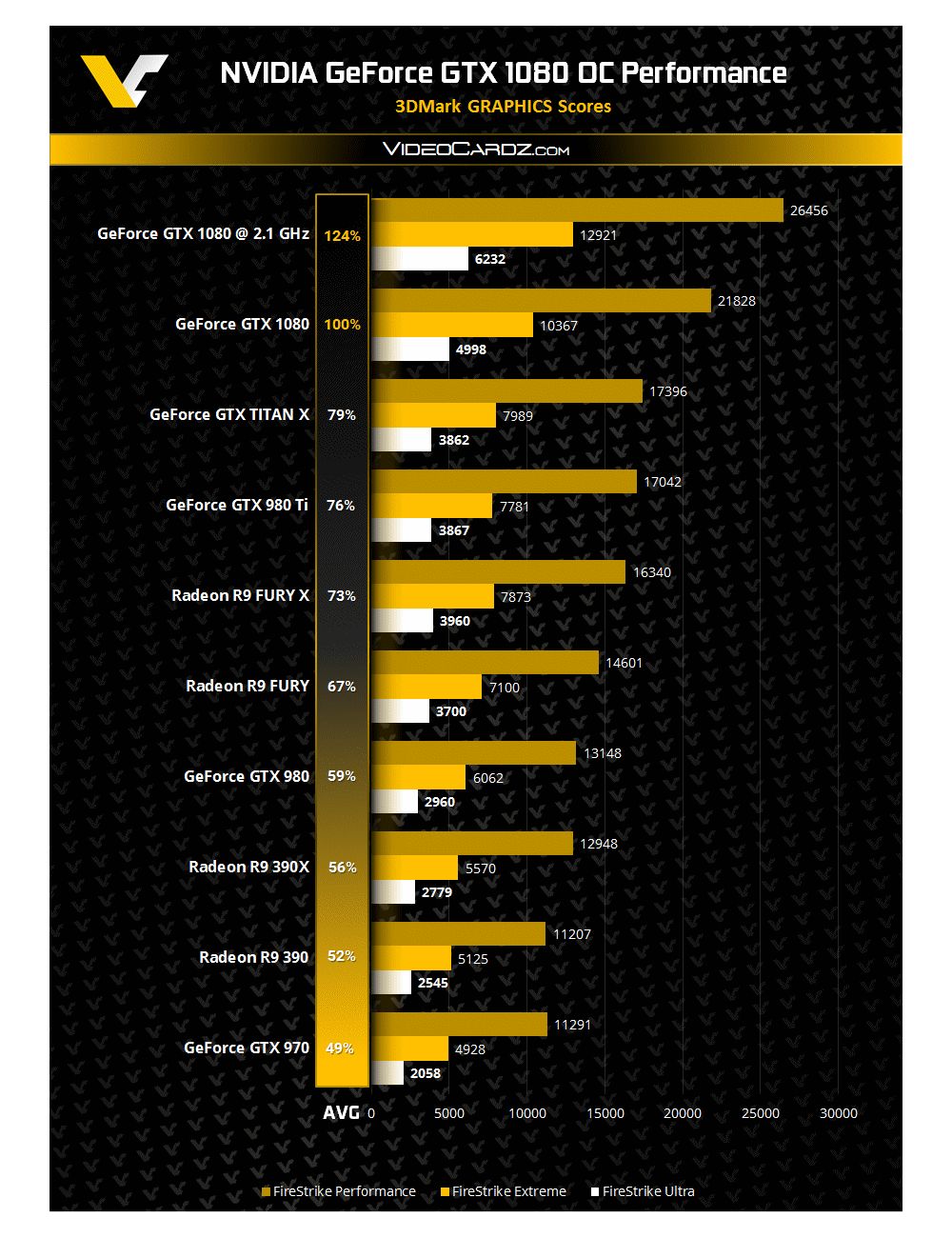 Last modified on 13 May 2016
Rate this item
(16 votes)
Tagged under
More in this category: « Nvidia does better than expected Nvidia rolls out new Geforce 365.19 WHQL drivers »
back to top