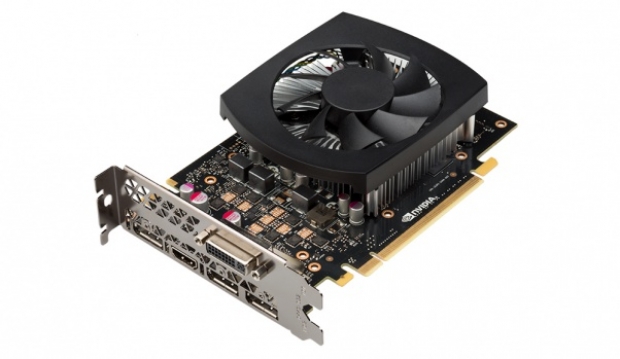 The sub-$150 discrete GPU market has been pretty dead as many users cant see the point when the chip pretty much does the same sort of thing at that price range, however Nvidia has a cunning plan to change all that with its $140 GeForce GTX 950.

It will have one less streaming multiprocessor Maxwell (SMM) than the current GTX 950, and only use five out of the eight physically present on the GM206 silicon. This gives a  CUDA core count of 640. The TMU count is lower at 40, ROP count at 32, and memory bus width at 128-bit; holding 2 GB of GDDR5 memory.

Power is expected to be around 70W, cards by various AIC partners will either make do with single 6-pin PCIe power inputs, or completely lack them. The GPU and memory clock speeds are slightly lower than those of the GTX 950, too. NVIDIA could launch this SKU some time in March.

We are not sure that this will solve anything – for an extra $20 you can get an unblocked and more useful GTX 950.