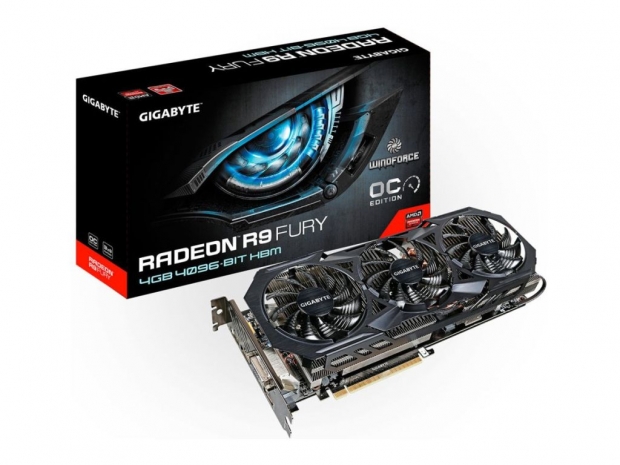 Spotted by Techpowerup.com, the new Gigabyte Radeon R9 Fury WindForce is based on what appears to be a fully-custom design, as it does not feature a short PCB used on reference Radeon R9 Fury graphics cards. It also comes with a slight factory-overclock, pushing the GPU up to 1010MHz while 4GB of High Bandwidth Memory (HBM) remained at reference 500MHz.

In order to accommodate the oversized triple-fan WindForce 3X cooler, Gigabyte had to use a custom longer PCB, but, unfortunately, this also means that the new graphics card takes three slots. The new graphics card need two 8-pin PCI-Express power and features HDMI, DVI and three DisplayPort outputs. Based on AMD's Fiji GPU, the Radeon R9 Fury packs 3584 Stream Processors, 224 TMUs and 64 ROPs and comes with the same 4GB of HMB paired up with a 4096-bit memory interface.

Gigabyte did not reveal any details regarding the price or the availability date but we are sure we will see it in retail/e-tail shops soon as, according to some reports, AMD has finally managed to overcome supply issues. 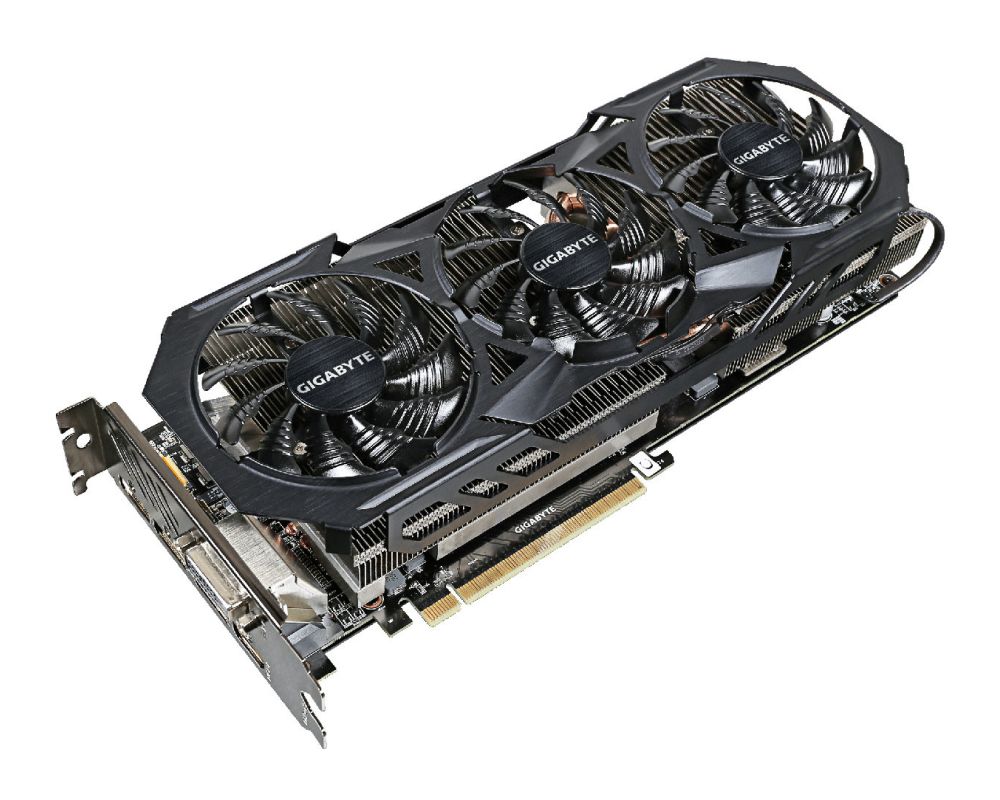 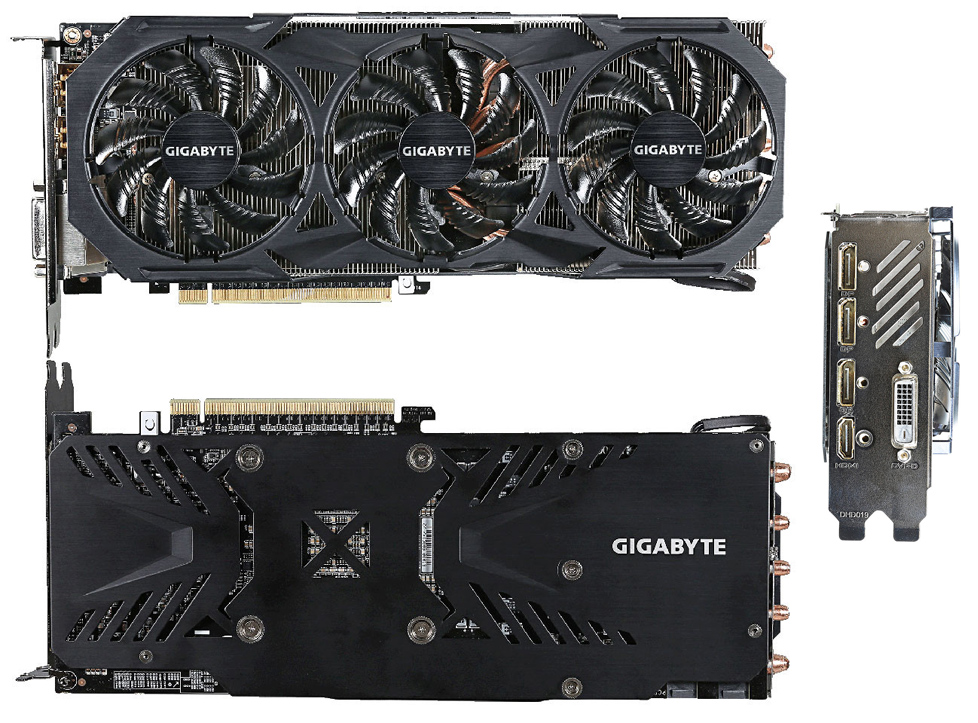