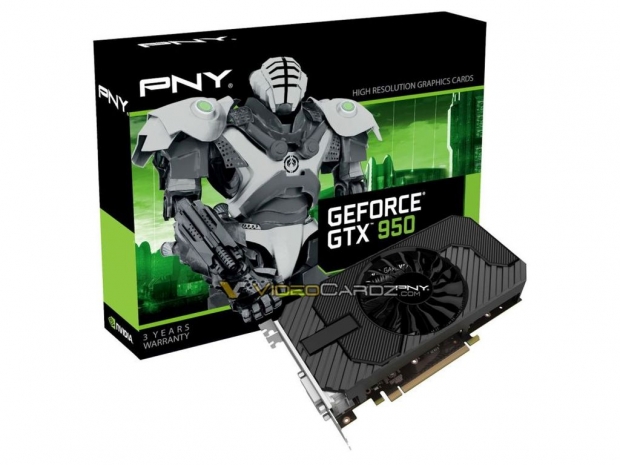 We had heard details of Nvidia's upcoming Geforce GTX 950 graphics card and it appears that the launch be soon as the card has been pictured and listed in retail/e-tail.

According to Videocardz.com, the Asus STRIX GTX 950 has been listed in a couple of retail/e-tail shops officially priced between €240 and €280. This will not be a final price as the GTX 960 can be found in the same shops with lower price.  We are expecting the GTX 950 to go for anywhere between €140 and €200.

The listed Asus STRIX GTX 950 has 2GB of GDDR5 memory and should look the same as the STRIX GTX 960. You can expect the same DirectCU II cooler and a decent factory-overclock.

In addition to the listed Asus STRIX GTX 950, there is an additional leaked picture of PNY's GTX 950.

While neither the box nor the card reveal much, earlier rumors suggest that the Geforce GTX 950 will be based around  Nvidia's GM206 Maxwell GPU with 768 CUDA cores, 32 ROPs and 48 TMUs.  It will have 2GB of GDDR5 memory paired with a 128-bit memory interface. 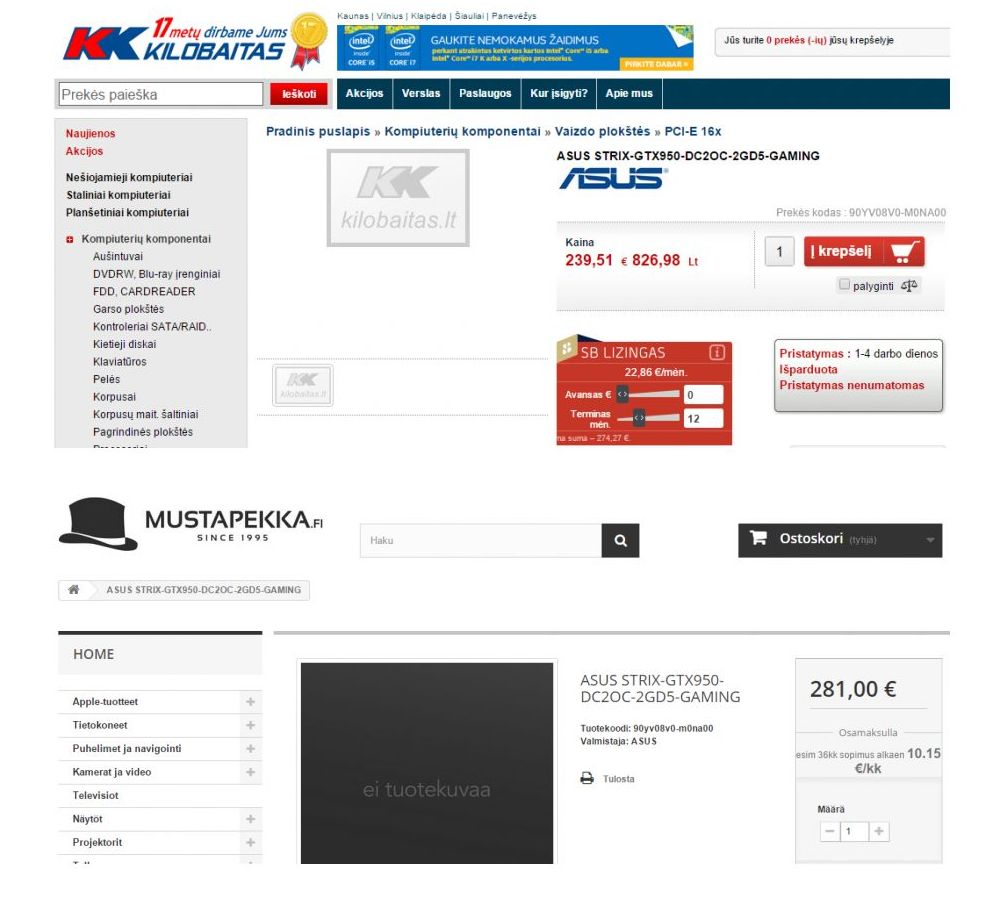