HTC Vive VR glasses need to be wired to PC 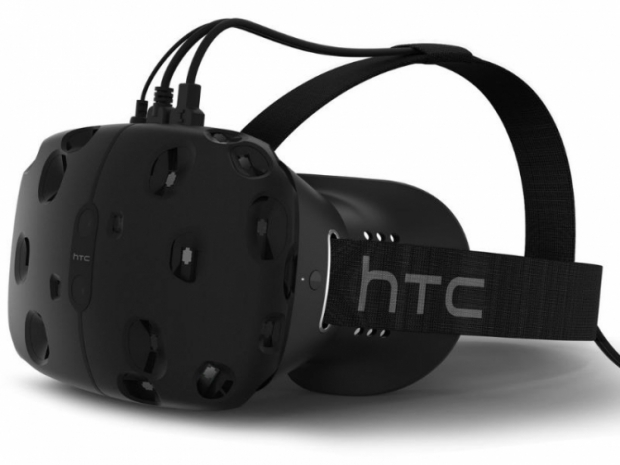 But lasers, controllers to get wireless in final

HTC has showcased its Re Vive VR glasses that they are bringing to market with Valve, the creator of Half Life and the steam game distribution. We knew that Valve has been working on a VR headset for a while, but we didn’t see them partnering with HTC.

We had a chance to talk to HTC and we learned a thing or two about the HTC Re Vive VR headset. Let's repeat a few known facts - the headset should launch before the end of the year, and the VR glasses will have to be wired to your PC.

The PC will have to be a high end setup, in the test rig there was a Geforce GTX 980 and we heard that it supports AMD Fiji VR GPU as well, and that some slower Nvidia GPUs from Maxwell generation should be able to run the setup, too. Of course, you should be able to use GM200 powered Titan X card for even better performance.

Two lasers that track your glasses and hand controllers will have to be in the final retail / etail product. We learned that both hand controllers and lasers can end up being wireless too. The laser base units will sit in two corners of your room and they will send data to your headset, in order to give them perfect positioning data. HTC claims that there are 70 sensors that they are using and that this is the key differentiator to other VR products.

HTC didn’t want to give away to too many details, but we can assume that you will have to charge your hand controllers while the glasses will get the power from the PC. We are not sure what happens to the belt present in the first prototype, but we can imagine it will become smaller in the final version.

Developers version should be ready this spring and HTC plans to launch an actual retail product before the end of the year. The SDK that you need in order to program for HTC Re Vive glasses is based on Steam VR, but they are probably using some bits from Nvidia and AMD too. You still need a high-end graphics card and a gaming system in order to drive the VR device.

We are convinced that the Re Vive won't come cheap, we think it might cost as much as a high-end graphics card, but this is something that HTC or Valve don’t want to comment at this time. The second batch of demos as well as HTC Vive Developer Edition should happen before summer time and shipping them before the holiday season, that's the best date we got.